I was driving out of my subdivision Tuesday afternoon when I saw these three Sandhill Cranes. Fortunately, no one was behind me, so I was able to stop and take this photo out the car window.

This is a story that began decades ago (and no, I won't admit to how many). For three years (when I was age 5-8), my father was principal of the high school in Mansfield, Massachusetts. The Superintendent of Schools and his wife were a Mr. & Mrs. Merrill. My family kept in touch with them through the years, even after my father took a job in Connecticut and Mr. Merrill retired to Florida. Many years later, my parents retired not to Florida but to Cape Cod, where my father had his first job out of Harvard Graduate School as Principal (and Science & Math teacher) at the small high school in Wellfleet. Our family loved the Cape, visited it every year, so naturally that's where they wished to retire. Except . . .

My father always wrote wonderful letters, descriptive and full of humor. I still recall the one where he said, "Your mother just came in all excited. A car passed by outside." This, alas, was Cape Cod in the winter; specifically Orleans, though I imagine the absence of people was even worse in smaller towns like Wellfleet and Truro. In short, my parents began to look for a "winter cottage" in Florida. And guess where they looked? In the town where their old friends, the Merrills, had retired so many years before. (I've often wondered where the Merrills learned about Venice, but that is destined to remain forever a secret.)

Which brings us to Florida's Best-kept Secret. Venice, on Florida's Gulf Coast, has so much going for it, I won't even try to make a list. I lived in Venice myself for 25 years, moving there while my children were in high school. I began my writing in Venice, using it as the setting for most of my mysteries. And yes, Venice is the town I kept nameless for so long because its residents really, really want to keep an influx of snowbirds from over-running the area's amazing offerings of ocean, waterway, rivers, and wilderness surrounding a core of unique boutiques, gourmet restaurants, boating, fishing, diving, hiking, etc., etc. Venice is where my daughter started picking up fossilized sharks' teeth on the beach when barely old enough to toddle (while visiting the grandparents over winter break) and just in the past year she learned to scuba so she could dive for sharks' teeth off the Venice coast.

Earlier this month, I accompanied Susie back to Venice. While she went diving, I had an absolute ball driving around to some of my favorite places, most of which have remained the same, thank goodness, since I moved to Orlando in 2007. (Park facilities have improved; more beach access opened up through the dunes, and yes, more subdivisions, but the Venice/Nokomis/Englewood area has done a great job of keeping its beauty spots intact.)

A couple of statistics before the pics. Venice Avenue (main street) stretches ten miles, from Venice Beach on the west and to the Myakka River to the east (the road turning to gravel for the last mile). Downtown Venice became an island when the Intracoastal Waterway was built, the only access over three drawbridges. Venice was home to Ringling Brothers, Barnum & Bailey for more than a quarter century - until the rail line deteriorated to the point that no one could afford to fix it. While I lived there, the arrival of the circus to its winter quarters next to the airport was a Grand Event. And I suspect Venice was one of the few towns in the country that could boast live camels and llamas in its Christmas pageant!

On the negative side, Venice airport became notorious the day after 9/11, when it was discovered Mohammad Atta, coordinator of the Al Queda pilots, learned to fly in Venice and contacted the other pilots through the computers at the local library (confiscated by the FBI on 9/12). But, fortunately, that is only blot on Venice's reputation, and it has bounced back to maintain its rating as an ideal place to live.

If Venice is so great, why did I move to Orlando? To be near the grandchildren, of course. But Venice will always have my heart. The best place I've ever lived, bar none.

Susie had to be at the dive boat by 7:45 a.m., so the first thing I needed after dropping her off was COFFEE. I bypassed a number of drive-thrus and just kept going until I reached my old neighborhood in South Venice. Sure enough, Dunkin' Donuts was still there. I got a large coffee and a jelly donut and was stepping off the curb on my way back to my car when the entire tall cup of hot coffee spilled—over the hood of my car, over me. I mean, I was a mess. Dripping, I went back in, got a refill, which I treated much more gingerly before getting it into the car's cup-holder. So . . . first stop - find a place to change. (Fortunately, I'd packed an extra pair of pants.) My first stop, Shamrock Park in South Venice, had grown immensely; in fact, it was still growing, the community house/restrooms closed for reconstruction. Oops. I parked long enough to take a few gulps of coffee, but the front of my shorts was still more brown than blue. So I turned south and kept going until I ended up on Manasota Key, just south of Venice, where the beach just over the north drawbridge now has a large building, tastefully hidden under palm trees, with various offices and meeting rooms besides clean, good-sized restrooms. Changed  at last, I found a bench overlooking the beach, caught my breath, sipped my coffee, enjoyed a conversation with a stranger on a bicycle, and just flat-out enjoyed being "home" again.

Since my tale has meandered on for so long, only a pic or two below. Will save the majority for next week's blog. Seriously, we'd all like to keep Venice a secret, but it really is too great a place not to share. So, if you're zipping by on I-75, take one of those Venice exits and discover what I'm talking about.

Susie and I started off our Venice visit by enjoying an excellent, if noisy, meal at Pop's Sunset Grill in Nokomis, which used to be a kind of "good ol' boy" place on the Intracoastal but has transformed into decor, menu, and prices that rival Venice's finest. It was extra loud when we were there due to a "bachelorette" party.

The Secrets of Stonebridge Castle, a Regency Gothic featuring multiples ghosts, multiple murders, and a second chance at love, is now available through most online vendors. 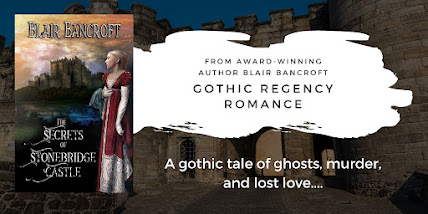 As always, a 20% free read is available at Smashwords.