The Secrets of Stonebridge Castle

I am delighted to announce that my Regency Gothic # 10 - and Book # 50! - is now available on Amazon and Smashwords, and will be available shortly at most major online vendors. 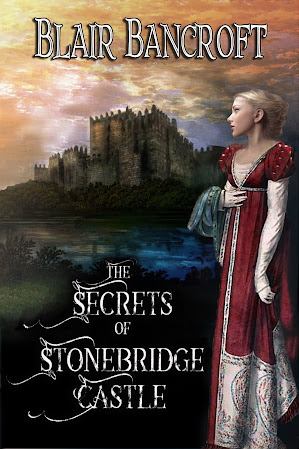 A Gothic tale of ghosts, murder, and lost love

When bullies threaten Aurelia Lacy and her five-year-old daughter Nell, they are rescued by an old friend, Jason Durand, younger brother of an earl. Jason, once a daring spy, has fallen into depression and drunkenness since the war, but he rallies long enough to offer the outcasts the shelter of his brother's country seat, Stonebridge Castle. But the ancient castle is not quite refuge they expected. Aurelia and Jason—both lost souls from the war against Napoleon—must deal with a bevy of hedonistic house guests, seven hundred years of ghosts, multiple murders, and a chance—a very slim chance—that love will triumph over all.

Author's note:   Although ghosts are prominent in Secrets, they appear as characters, not creatures of horror. And there is more emphasis on romance than in my previous Gothic novels. (Including chapters in the hero's point of view.)

Grace note:  And, yes, I admit that with The Ghosts of Rushton Court threatening to top Tarleton's Wife as my all-time best-seller, I deliberately created even more ghosts for this book. And had a great time doing it. I intended to make some "evil," but found I just couldn't do it. The villains in Secrets are all human.