I keep scribbled Post-it notes of the photos I've accumulated. Sometimes, the list is sparse; occasionally, it runs to two Post-its, as it did this week. So it's time to devote an entire Mosaic Moments to a Photo Gallery.

That Remarkable Creature, the Cat

And continuing the competition, Ganesh as a kitten . . . 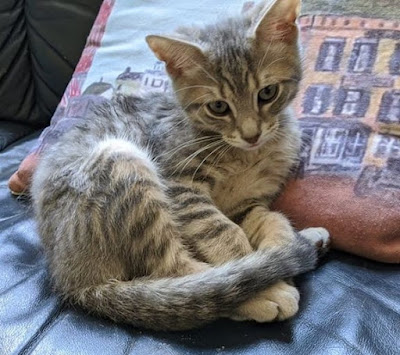 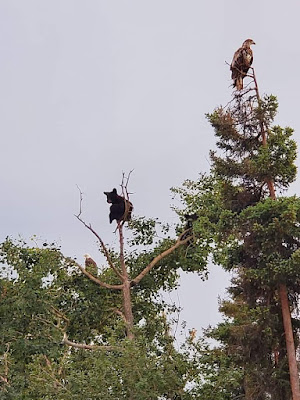 Both Cassidy & I had birthdays

Grace/Blair Bancroft
Posted by Grace at 8:28 PM No comments:

Through the years since my husband's death, I have continued to receive the Yale Alumni Magazine. I enjoy seeing what's happening on the campus I once knew so well, but more importantly, every once in a while there's a gem of an article that truly resonates with my interests. The latest issue (July/August 2021) has just such an article, "Goddess in Action," and I'd like to share it with you. This remarkable automaton was the recent gift of Florence Maconaughy in honor of her late husband, Laird Shields Goldsborough, Class of 1924.

Diana and her chariot—forged in Germany, most likely Augsberg, in the early seventeenth century—are made primarily from gilt bronze, silver, and ebony. The intricacy of the clockwork mechanism that animates it is seemingly a lost art; even more amazing, it still operates just as it did when first created.

Below are excerpts from the article in Yale's alumni magazine:

In the case of the Diana clock, which was made around 1610, each side of the goddess's throne is embedded with a clock dial decorated with floral and aviary motifs in colored enamel. Inside the throne is a spring-driven set of wheels that guides the hands of the dials on either side—a 12-hour cycle on one side and a 24-hour cycle on the other. The chariot underneath the throne contains two additional series of gears that enable the striking of bells on the quarter hour, as well as much of the automaton' s locomotion.

Once the automaton is activated, Diana's eyes rotate, the chariot moves forward in a slow and steady pace, the leopards leap up and down as their heads oscillate, and the monkey nods its head and lifts its right arm. Moments before the chariot stops, a bird perched on the back of the chariot flaps its wings, and Diana's eyes stop moving. When the chariot comes to a halt, the goddess releases an arrow with her right middle finger.

Grace note: This remarkable automaton is currently on exhibit at the Yale Art Gallery and will be included in the gallery's forthcoming exhibition of historical scientific instruments from Yale's collection.

In keeping with the artwork above, two particularly fine photos . . . 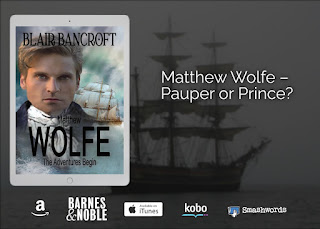 Coming soon: The Secrets of Stonebridge Castle
(a Regency Gothic)

How to Develop Your Characters - Names

We were very proud of our Cassidy this past week. She and her long-time friend Hannah did 100 grueling hours of training at a multi-county Law Enforcement Explorers' Academy (which began at 7:00 a.m., five days a week, for two weeks). They suffered through drill, running, push-ups & lots of yelling from genuine Drill Sergeants (ex-Marines). They also learned self-defense, handcuffing, did target practice (Cassidy was #3 in the class), traffic stops, DUI testing, and much more. At graduation, we were even more proud when Cassidy received one of two awards for Academic Excellence (scoring 100 on her final exam, beating out her friend Hannah, who scored "only" 99.)

"The Nitty Gritty of Names," excerpted from my "how to" book on Writing & Editing, Making Magic With Words, was so popular, I decided to continue with another excerpt on names - a topic that's absorbing a good deal of my time at the moment as my new Gothic, The Secrets of Stonebridge Castle, seems to be running toward a cast of thousands (unusual in a Gothic, which customarily emphasizes the heroine's "aloneness"). This is a post from the very first year of my blog, almost a decade ago. (The references to erotica seem a bit dated now, but it was very much in every author's mind at the time, as publishers were getting rid of their "mild" romance lines - and authors - in favor of hot, hot, hot.)

HOW TO DEVELOP YOUR CHARACTERS  - Names

At a booksigning at Orlando’s Central Library, a young lady asked me: “How do you develop your characters?” I gulped and thought fast, because I never took a writing class, read a “how to” book, or even stopped to think about it before. Fortunately, I managed to come up with at least the germ of a reply, but I vowed on the spot to examine the subject more thoroughly and write a blog post about it. So here is Part 1.

Put quite simply, there is nothing more important than characterization when writing fiction. Even the best Action/Adventure books and the best Erotica feature well-drawn characters. Are there many books that don’t? You betcha! (And I never get beyond the first ten pages.) But most readers demand more than guns/swords/chase scenes/explosions or heaving bosoms and graphically delineated bare body parts. For which writers like me, who really care about our characters, are eternally grateful!

As I have written when critiquing hundreds of contest entries for the Romance Writers of America:  readers want to love their heroes and heroines. They want to empathize with them, feel their joys, their sorrows, the warmth of that final Happily Ever After. It’s all right for these main characters to have faults. In fact, faults, whether major or minor, usually add color to the story. But readers always need to know that these faults are going to be resolved. Or perhaps realize that the fault is so minor it can be more endearing than annoying.

Secondary Characters are important too. Even though they might not have a Point of View (the story is not being seen through their eyes), they can add an immense amount of color to your book. Villainy, humor, anger, spice, annoyance, etc. Secondary characters can be a sounding board for the Hero’s and Heroine’s thoughts or actions. They can provide shock, condemnation, comic relief. They allow exposition of ideas and plot action through dialogue with the Hero or Heroine. They can also be the Villain or the Bad Guys. As long as you don’t allow them to overshadow the Hero or Heroine (which can happen all too easily), Secondary Characters are vital to a good book.

So how do you make your readers empathize with your characters?

Where do you start?

1.   NAMES.  Your characters can’t come to life until they have names, first and last. When approaching a new book, I spend a lot of time looking through my old baby-name books, searching for first names. I scribble a bunch of possibilities on a yellow legal pad, and then I go on a search for last names. For example, for my Regency books I have a notebook full of typical surnames for the English upper classes. And long lists of less noble English surnames, most of them garnered from the phone book!* I also have a book listing all the towns and hamlets in England, an excellent source of last names for that era. If I need foreign first names, an Internet search can be very helpful. Last names? Again, the phone book, adjusting for possible Americanized spellings. (Of course, if you’ve given up phone books, you may have to look elsewhere!)

*Grace note update: In 2012, when I wrote this post, finding a phonebook was still possible. Now we have to rely almost totally on the Internet.

When I have a list of first and last names on my yellow pad, I try pairing them up, seeing which ones will work. Which one best suits my hero . . . which best suits my heroine. Naturally, as I do this, I am forced to think about them, molding vague outlines into more human form. After that, I use a similar method to develop names for the characters in the book’s first scene. As well as any important characters who appear later in the book.

Is this name search important, worth spending the time? For the Hero, Heroine, and major Secondary Characters, absolutely. The names should suit the people you have in mind. And the process of choosing will help anchor these people in your mind. They go, for example, from “Heir to a duke” and “Engineer’s daughter” to the names you see in the list below. They rise off the paper and become people.

2.   CHARACTER LIST.  After I have created names for my Hero, Heroine, and the characters in the book’s first scene, I type up a  Character List.  I put the character’s name first, then who they are. (If I don’t know the physical description yet, I add it as soon as it becomes clear.)  Example - the first few entries from my newest book, Lady of the Lock:

As the book progresses, I name and add each new character to the list, from friends of the h/h to butlers, housekeepers & maids. In Lady of the Lock, the list eventually ran to three pages, plus a scribbled entry for the name of a horse!

3.    FAMILY BACKGROUND. Although you may not use all the people in your main characters’ backgrounds in your book, it is helpful to figure out what their background is. Were they raised with the proverbial silver spoon, or did they struggle in poverty? Were they only children, or was the hero hen-pecked by a bevy of sisters? Did the heroine constantly struggle to keep up with a host of brothers? Is his/her aunt or grandmother kindly or a shrew? Does the father dote on his daughter, or is he, perhaps, a monster?  Has the hero been on his own since an early age? Is he a bastard? Or is his greatest obstacle learning to stand on his own two feet, because he has led too privileged a life? Is there an uncle who wants to do away with the heroine because he will inherit her fortune? Or is the heroine someone who is willing to sacrifice her happiness for her family? Do we have a wounded hero who returns from war to a country where no family waits? Or one who is deluged with so much love and “help” that he has to get away? Do we have a policeman from a long line of law enforcement, or is he the first of his “old money” family to join the force?

The list of questions you should ask yourself could be endless, but usually only a short Q&A will be enough to get you started. The rest of your characters’ personality traits or outside influences can develop as you go along. Don’t mire yourself down with endless note cards, storyboarding, movie star photos, etc.* Get your names down, decide on your main characters’ background and consequent  personalities, and let the rest develop as you begin to know your character better. As you craft dialogue that is “right” for that character. As your character interacts with the other characters in a variety of ways. Each scene should speak to you, as well as to the reader. Telling you who these characters are.

*Grace note update: I am an advocate of “to each his own.” Therefore, if note cards, storyboards, and photos work for you, by all means, use them. I just want to emphasize that it’s all right if these approaches aren’t for you.

If you'd like to read the whole "How to Develop Your Characters" series . . .