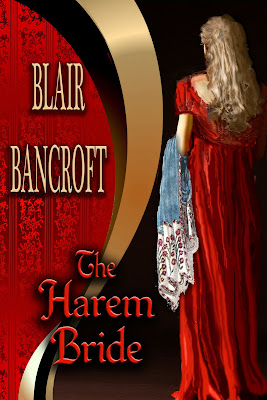 WELCOME to Part 2 of Writing 101 - Nuts & Bolts, otherwise known as a short course in punctuation for writers of fiction

If you haven’t read Nuts & Bolts 1 or my blog on manuscript formatting, I hope you’ll take a look before leaving Grace’s Mosaic Moments.

1. The “publisher’s bible” is The Chicago Manual of Style, a huge, expensive tome that will tell you more than you ever wanted to know about Punctuation. But it covers every last little detail.

2. The simplest punctuation and grammar book - Strunk & White’s The Elements of Style.

3. The Blue Book of Grammar and Punctuation by Jane Straus - an excellent book, although it occasionally assumes everyone uses MS Word!

DASTARDLY DUOS. Any good book on punctuation and grammar will have a great many more examples than the three below, particularly Straus’s Blue Book, but the mistakes below are ones I see so frequently in contest entries that I felt I had to mention them.

1. Its is a possessive pronoun. That means it tells us who or what owns something.

Example: Read this book. Within its covers you’ll find some great advice.

It’s is a contraction of It is. Its only meaning is: It is. If your sentence doesn’t read right if you read it’s as it is, then don’t use it. (Notice the correct possessive use of its without an apostrophe at the beginning of the second sentence.)

2. Who vs. That. This violation of good grammar is truly annoying. If you’re writing a clause about a person, use “who.” If you’re writing about an animal or an inanimate object, use “that.” Very simple, yet writers seem to be depersonalizing humans almost constantly these days.

Repeat: People are “who.” Animals and things are “that.”

Right: Devil take all Scots, particularly those who wanted a bridge where nature never intended a bridge to go.

Wrong: Devil take all Scots, particularly those that wanted a bridge where nature never intended a bridge to go.

3. I/me, he/him & she/her - Correct grammar in these cases has become a losing battle. If you use these pronouns correctly, everyone will think you’re wrong, or else they’ll think you’re being snooty. The choice of right or wrong is up to you.

Example: The woman was older than her, maybe seventy. Instead of the correct: “than she.”

Check the punctuation books. Rules have not changed, though some contemporary publishers are dropping the extra s in possessives for names.

*Since that’s not what we actually say, I am a strong advocate of keeping the extra s. If you have doubts, sound it out. We say: “Nik-o-las-es horse,” not Nik-o-las horse.”

Special Note: Apostrophe in a contraction before a word: Example: ‘Tis, ‘is (for his), etc.
For ordinary submissions to publishers, the apostrophe, as seen above, is okay. You can let a copy editor change it. But if you are formatting for indie publishing, you need to use a closing apostrophe [’], not the opening apostrophe [‘]. To fix this, type two apostrophes, arrow back, Backspace to delete initial apostrophe. The same applies to closing quotes at the end of a dash (see below). Type two quotes, arrow back and delete the first one (giving you a closing quote instead of an opening quote).

Example: ’Tis the scandal of Lower Wyverne, and I’ve no doubt it’s spread over the whole county by now,” Lady Horatia continued, much aggrieved.

Note: there are rules for both Dashes and Ellipses where the Blue Book disagrees with The Chicago Manual of Style, particularly in assuming certain auto functions occur in all word processing programs, when they do not. So it may be necessary to work out your own compromise and allow your publisher’s style sheet to have the final word.

In general, I use an em dash almost exclusively, saving en dashes for occasional “stuttering style” responses. The difference is very easy. An em dash is the width of an “m.” An en dash is the width of an “n.” Em dashes are the ones most frequently seen in romance. In most word processing programs, if you type the old double hyphen you were taught in school, you’ll likely get an auto-switch to an en dash. If you want an em dash, that’s not going to do you much good. You can go into the Symbols menu, or—faster and easier—simply type Alt+0151 on your keypad, and voilà, you’ve got an em dash. For an en dash—if you want someone stumbling over their words and an em dash looks too dramatic, use Alt+0150 (see example below).

“As you may have noticed”—Jason paused, cleared his throat while cursing the pixies still pounding anvils in his head—“I did not expect you before tomorrow at the earliest.”

Example - at the end of an interrupted sentence:

Example - in place of a colon:

Romance might be stalled, but one thing was now certain—Jeff’s goal stretched far beyond the confines of Ashley’s Choice.
Example - Stumbling speech (en dash)

“He–we–well, ’tis plain to see what’s happening here, Relia. We know you’re in deep mourning, but we–I–want you to know you have friends. You can count on us.”

Ellipses have become a bone of contention in recent years. I use them more than most authors, possibly because of a theater background that makes me want to reproduce lines the way and actor might say them, with those infinitesimal pauses that make them more meaningful.

Academically, ellipses are used to indicate parts of quotes that have been deleted. We can completely ignore that in romance. Forgetaboutit!

How to write an ellipsis: The traditional ellipsis uses three periods with a space before, after, and in between each period. (See examples below.)

In fiction, particularly in romance, ellipses are used to indicate a slight pause, whether in dialogue or in introspection (what the POV character is thinking).

Ellipses are also used when a person’s speech or thoughts simply trail away into silence.

Please note the classic ellipsis spacing in the two examples above.

~ * ~
After a pause to blog about the latest resurrection on my backlist, The Harem Bride, I’ll be adding another blog to the Writing 101 series—essentially “Okay, I’ve run Spell Check. Am I Done?”

Thanks for stopping by. Grace, who writes as Blair Bancroft

Currently available on Kindle & Smashwords: Lady Silence, A Gamble on Love, A Season for Love, The Harem Bride. On Kindle: Steeplechase & Tarleton’s Wife
Posted by Grace at 7:14 AM 6 comments:

Welcome to Writing 101 - Tab Conversion. Most of my Writing 101 posts are designed for newbies, but this one is aimed primarily at experienced authors who are struggling to convert old manuscripts for indie publishing. And, believe me, I learned these rules the hard way! I’ll be posting Part 2 of Writing 101 - Nuts & Bolts soon, but today I’m concentrating solely on Tabs. Instructions are given below for both MS Word and Word Perfect.

Note for Newbies: Auto Indents are set up exactly as mentioned in “To add Auto Indents.” You are strongly advised to use auto indents for every manuscript. It is the new norm.

I'd appreciate comments about whether or not you found this blog helpful.

Grace (who writes as Blair Bancroft)

For Users of Microsoft Word (for Word Perfect, see below)

Ctrl+F (or whatever way you choose Find) . Replace. More. Special.
Click Special & select Tab Character from the list.
Leave “Replace” blank (You are deleting all manual tabs.)
Replace All. (The screen will tell you how many tabs were deleted. It should be a lot.)

Format - Paragraph - By (part way down on the right)
Type .5 in this space (or .3 if you are formatting for indie publishing).
OK (or Enter)


To adjust Date/Place lines, which should be Flush Left (and in italics):

To adjust Chapter Titles, which will be slightly lop-sided (optional)

Highlight - Format - Paragraph - By
Replace .5 with 0. OK (or Enter)
Select Center from the Toolbar.


For Users of Word Perfect

Leave “Replace” blank. Enter. This will delete all manual tabs. The screen will give you an exact count of how many.

Format - Paragraph - Format - First Line Indent - type in .5 (or .3 if you are formatting for indie publishing) - OK (or Enter)

To adjust Date/Place lines, which should be Flush Left (and in italics):

To adjust Chapter Titles, which will be slightly lop-sided (optional):