Love At Your Own Risk 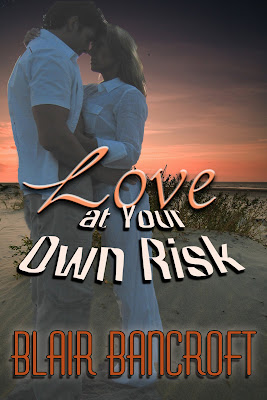 Love At Your Own Risk was my first print novel, part of Kensington's Precious Gem line way back in August 2000. The name, however, was changed to what I considered the overused generic, He Said, She Said. Why? Because the Marketing Department considered "risk" a no-no, a word that would put readers off. Sigh. Other editorial changes have also been put back to the original. For example, my line, "He had lips that looked like they never smiled" was changed to, "He had kissable lips." Aargh!

In any event, Love At Your Own Risk, is now available online from Kindle and Smashwords and should be available soon for Nook, Sony, Palm, and other e-readers. Blurb below.

Love At Your Own Risk

After winning a case she wished she'd lost (the defendant was a rapist), defense attorney Victoria Kent rushes off to her parents' vacation cottage on Cape Cod, only to find herself nose-to-nose with a 9mm Glock. It seems the cottage is rented. By John Paolillo, a homicide detective from New Haven who has been sentenced to two weeks' "rest" after hitting a defense attorney.

John offers to share—after all, the cottage has a separate basement apartment. Reluctantly, Vicki agrees. Alas, John has another problem—his car died. Inevitably, they end up exploring the outer Cape together and manage to fool themselves into thinking people with diametrically opposite views of the law can become a couple. Their relationship even survives a surprise visit from Vicki's alleged fiancé. But when they leave Cape Cod's less well-known byways to walk the teeming streets of Provincetown, disaster strikes.

Vicki rushes back to Boston. John returns to New Haven. They've reached a no hope situation. Unless some wise soul can find a way past the basic conflict that has split them apart.

Grace Note: My love of Cape Cod inspired this classic romance with the outer Cape as the most important secondary character. Hopefully, Love At Your Own Risk will inspire you to visit this very special place where the Pilgrims first set foot on our continent. And, yes, First Encounter Beach is included in the story.

Coming next: Reflections on Thanksgiving

Thanks for stopping by. Grace
Posted by Grace at 7:51 AM 2 comments:

Wow! Something NEW. I've spent the last ten months uploading my backlist to Kindle and Smashwords, but here is something brand new. My very first novella. It is available solo or as part of Cotillion's Christmas anthology, Christmas Kisses. The link below is to the solo version. And if you look below the cover and blurb, you'll find my confession: the all-too-true story of where I got the idea for this story. 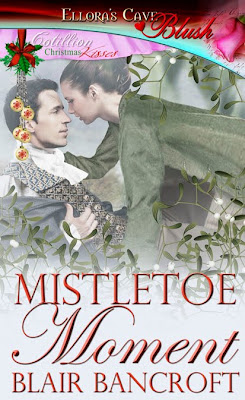 Pamela Ashburton's dreams of a London Season meet with disaster at her very first ball. When her humiliation is exaggerated by the unfeeling attitude of her mother and sister, she abandons all hope of entering society and goes to live with an aunt in Worcestershire. Four years later, she is well on her way to spinsterhood.

Will Forsythe, a veteran of the Peninsular War, retreats to Worcestershire hoping a quiet, solitary life will heal more than his physical wounds. But it's Christmas season, and he finds himself faced with a damsel distressingly in need of help to gather mistletoe for her aunt's Twelfth Night Ball. As an officer and a gentleman, what else can he do?

~ * ~
The sad tale behind the Mistletoe Moment:

A number of years ago, I was on a tour designed specifically for authors of Regency novels. While in Bath, we were part of a Georgian dance evening at the Upper Assembly Rooms. The dancers were there to perform for us, and also to help us through the intricacies of the dance figures of the day. We were all costumed in Regency gowns. Knowing dancing was not one of my skills, I demurred, but when one of the charming, costumed Georgian gentlemen invited me to do the Grand March, how could I resist?

After a romp down the middle of the floor, we did a U-turn around a line chairs. Half-way back to the "top" of the dance, my feet went out from under me, and I in my gorgeous green gown went down splat on the floor. Of course everyone was appalled. My charming partner seated me on a chair, rushed off to get me water. The dancers assured me the floor was the most slippery they had encountered anywhere, etc., etc. But, believe me, I was able to put all my feelings that night into poor Pamela's plight. I was fortunate enough to have kindness shown. Poor Pamela was not. But I knew exactly what sent her flying to Worcestershire, for I sat out the remainder of the night, chatting with Mary Balogh's mother, while wanting to sink into that highly polished floor.

Out of such things are novels born—well, at least a novella. The link to Mistletoe Moment:


Coming soon: A Cape Cod romance from my backlist - Love at Your Own Risk

Grace, who writes as Blair Bancroft
Posted by Grace at 6:51 AM 7 comments:

After two months of re-editing and formatting, all 144,763 words of The Sometime Bride are making their debut on Kindle and Smashwords (with Nook, Sony, Palm, & other e-readers in the near future). This is the book where I inadvertently broke all the rules of romance. But when I read it again, more than 15 years after I wrote it and 11 years since its first publication, I discovered The Sometime Bride still qualified as the best book I ever wrote. You can read 20% for free on Smashwords (link below), and I'd love to hear what you think. Does my rule-breaking offend? Or perhaps it isn't really noticeable? Or does it possibly add to the book's appeal? 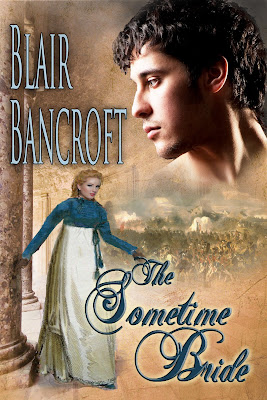 Catherine Audley, the daughter of Britain's spymaster on the Iberian Peninsula, is far more sophisticated than most young women her age, which doesn't protect her from the machinations of her father, a husband of convenience, or the unrelenting demands of a long war. Over seven years of a first-hand, and highly personal, view of the Peninsular War, she matures into a woman who is finally able to go toe-to-toe with the enigmatic young man to whom she has given years of unquestioning devotion. Only to discover that love cannot compensate for betrayal of trust. Or can it?

While masquerading as an ox-cart driver, the young Englishman known as Blas the Bastard meets Catherine Audley, and his life is changed forever. It is 1807 and France is about to invade Portugal. To protect Cat's father, his gaming establishment in Lisbon, and the British spy network on the Peninsula, Blas proposes a "paper" marriage between himself and young Catherine. She is fourteen; he, twenty-one—both too young for the responsibilities they must assume. Blas is arrogant, dashing, occasionally reckless, totally bound up in the demands of the war, and oblivious to the looming disastrous conflict with his sometime wife.

When Cat finally discovers how badly Blas has deceived her, a monumental clash is inevitable. In no way does the triumph of allied troops in 1814 guarantee a happy ending for two people for whom the war was a personal disaster. Is she a sometime bride, the "widow" of a man who never existed? Is she Blas's well-rewarded, but discarded mistress? Or is she a beloved wife whose only rival is her husband's determined expediency in a time of war?

* * *
The Sometime Bride is both an Historical Romance and a heavily researched Historical novel, detailing the seven years of the Peninsular War as seen through the eyes of our young hero and heroine. And of course it has an Epilogue about that most famous battle of all, Waterloo.

Below are the links to The Sometime Bride at Kindle and Smashwords. The Smashword's link allows a 20% free read.


Coming soon: my novella, Mistletoe Moment - due out November 10 from the Cotillion line of Ellora's Cave

Grace, who writes as Blair Bancrft
Posted by Grace at 7:42 AM 4 comments: