In need of a Covid Blues-chaser? A book chock-full of amazing characters, live and ephemeral? I invite you to try The Secrets of Stonebridge Castle. 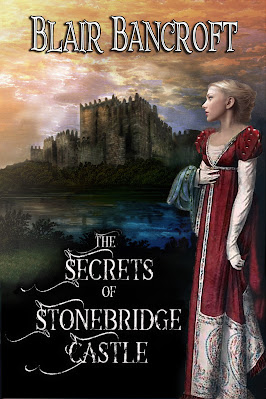 Alas, it's Friday morning, and I'm adding an addendum to this week's planned blog. In a story as ancient as time, yet fraught with the stresses of the twenty-first century, there was an incident at my granddaughters' high school on Wednesday.

I sat down as usual to watch the news after a morning of working on my latest book, and saw "BREAKING NEWS," an unusual trailer for our local TV news. Probably a bad car accident, a hospital overflowing with Covid patients . . . but no, they were showing police swarming a high school. Seminole High, where my granddaughters go to school. No details, just lots and lots of police cars. I called my daughter, who answered the phone with, "Yes, I know all about it. The students are all fine. Parents told not to come to the school." (This info via robocall.) But with all the awful school shooting incidents of the last few years, there was a lot of angst going around.

It was several hours before we learned that the 18-year-old quarterback of Seminole's outstanding football team had been shot 3 times - by a 16-year-old. Over a girl. And not until Thursday night was it revealed that he had been shot in the wrist and both legs in what appears to be a deliberate attempt to ruin any chance he might have of playing college football, or beyond. A truly diabolical vengeance that seems to come more from the mind of some sophisticated author of fiction than a 16-year-old student.

Fortunately, one of my granddaughters was not in school that day, missing "lockdown," police swarming everywhere, dismissal being delayed, anxious parents in long traffic jams around the school, and goodness only knows the reaction of the students as they huddled in place inside. Our Cassidy, however, took it all in stride, assuring me she was far away (it's a huge campus) and she was not "traumatized" because she sees "stuff like that" all the time in her Police Explorers group.

Cassidy's stoicism aside, the daily headlines are bad enough, but when violence comes so close to one's own . . .

The world I grew up in—despite the shadow of WWII—was so different . . . Sitting on well-trodden wooden steps in the school's stairwell during Air Raid Drills is a far cry from a fellow student being shot on campus. Sigh.

If you looked closely at the title of this week's blog, you should have realized that it can be translated as ATTENTION, ALL!

The marvelous bit below was found on Facebook and really resonated with me. The original was beautifully laid out with large type, lots of color and all caps here and there. It would not save that way, so please forgive if I only pretty it up a little. The philosophy of it is well worth reading, because, as I pointed out, if you are not a Senior Citizen, you will be. Apologies to the author, who was not cited on Facebook. The title is my own. And, sadly, for all the inherent humor, the words all too often reflect the startling changes illustrated by the incident this week at Seminole High.

Senior citizens are constantly being criticized for every conceivable deficiency of the modern world, real or imaginary. We know we take responsibility for all we have done and do not blame others.

HOWEVER, upon reflection, we would like to point out that it was NOT the senior citizens who took
The melody out of music,
The pride out of appearance,
The courtesy out of driving,
The romance out of love,
The commitment out of marriage,
The responsibility out of parenthood,
The togetherness out of the family,
The learning out of education,
The service out of patriotism,
The Golden Rule from rulers,
The nativity scene out of cities,
The civility out of behavior,
The refinement out of language,
The dedication out of employment,
The prudence out of spending,
The ambition out of achievement or
God out of government and school.
And we certainly are NOT the ones who eliminated patience and tolerance from personal relationships and interactions with others!!

And, we do understand the meaning of patriotism, and remember those who have fought and died for our country.

Just look at the Seniors with tears in their eyes and pride in their hearts as they stand at attention with their hand over their hearts!

I'm very good at opening childproof caps..... With a hammer.

I'm awake many hours before my body allows me to get up.

I'm smiling all the time because I can't hear a thing you're saying.

I'm sure everything I can't find is in a safe secure place, somewhere.

I'm beginning to realize that aging is not for wimps.

Yes, I'm a SENIOR CITIZEN and I think I am having the time of my life!

Now if I could only remember who sent this to me, I wouldn't send it back to them, but I would send it to many more too!
Spread the laughter - Share the cheer
Let's be happy - While we're here.