The Character Who Wouldn't Go Away

Also from Facebook, two spectacular photos from the far north and south of North America - Florida and the Canadian Yukon.

For a video of Hailey opening a fun 18th birthday gift - which obviously cost someone a lot of time to put together - click here.

THE CHARACTER WHO WOULDN'T GO AWAY

Way, way back - somewhere in the late 90s - I wrote my second Regency historical, a gleam born of a dramatic scene in my first book, the 140,000-word The Sometime Bride.  The new book was easier to name. I called it Tarleton's Wife, as Julia Tarleton was very much the star of the show. Widowed before she had a chance to be a wife, Julia returns from the grand debacle at Coruña (a comparable event not seen again until the dark days of Dunkirk) and is faced with myriad problems at the estate she inherited from Major Nicholas Tarleton. High on the list, a rogue who is terrorizing the countryside as he leads a fight against the drastic changes of the Industrial Revolution. A criminal? Or a nineteenth century version of Robin Hood?

And thus was born Jack Harding, an adventurer, and perhaps, just perhaps, the right man for the widowed Julia Tarleton. Except nothing about Julia's life, or Jack's, has run smoothly, and both are destined for a major surprise. In the end, Jack is saved from likely hanging by a Deus ex machina in the form of another long-running character in my Regency Warrior series, Terence O'Rourke. And the two of them stride, side by side, into O'Rourke's Heiress.

And then, out of the blue, I received an offer of New York publication in the Signet Regency line, and both Jack and Terence were left by the wayside. Until somewhere around twenty years after Jack first appeared - yes, twenty - I realized he was still an also-ran, never getting the girl. But who on earth would be good enough for Jack? What female would accept that he was a bastard, albeit the bastard of an earl? Who would be willing to deal with Jack's strong streak of adventure, rather than attempt to change him?

A girl from the wilds of Canada, of course. And at long last, in Rogue's Destiny, Jack gets the girl.

But what is this? Jack got his Happily Ever After, yet he's still poking his nose into my books, his Harding's Hellions coming to the rescue of members of the Royal 10th Hussars who have beaten their swords into plowshares and are attempting to becoming hops farmers in Kent (The Lady Takes a Risk). In the follow-up novel, The Abominable Major, Jack keeps a low profile, but his influence is there, as are some of his men from Harding's Hellions. And then, because you can't keep a good man down, Jack comes roaring back in the three books of the Matthew Wolfe series, becoming Matthew's mentor and partner, as he returns to the role of heroic do-gooder he filled in Tarleton's Wife.

Tarleton's Wife, by the way, has gone through numerous incarnations, both print and e, since it first appeared in December 1999. Amazingly, it continues to sell even after all these years. And, as I've said before, I still consider those first two books the best of the forty-plus that were to come. (The ones I wrote before I learned all the "rules.")

If you haven't yet met Jack Harding, I think you'll like him. (Obviously, he holds a very special place in my heart.) 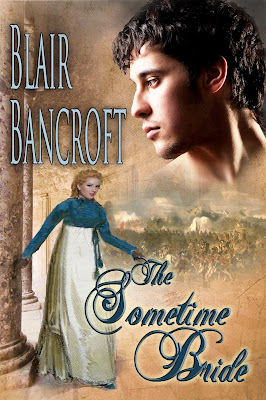 but mention of Coruña

inspired the idea that 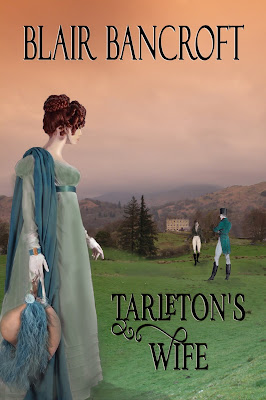 The book that introduced

Jack Harding to the 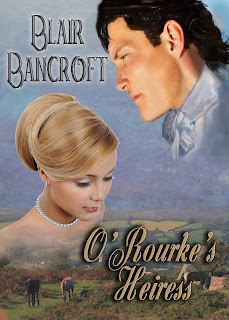 Terence gets the girl. 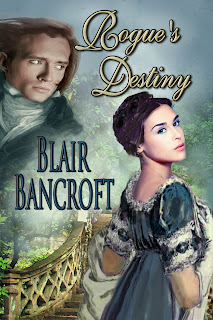 Jack gets the girl.

(And keeps on going

All books are available from a variety of online vendors, including Amazon, Barnes & Noble, and Smashwords. (20% free read available on Smashwords)

The Regency Warrior series (in order)