A Few Words on Diversity

NEXT MOSAIC MOMENTS - May 25


Mike & Lionel were in NY on business, Susie a tag-a-long.
David & Becka in from Connecticut,
meeting at the Jekyll & Hyde restaurant.

Years ago, I decided there was a limit to the emails I could handle, so I opted out of the two primary email loops sponsored by the Romance Writers of America. Therefore, when controversy erupted in more recent times, I was totally unaware of it until it spilled over onto Facebook (where so many of my FB friends are authors). Frankly, even though hate-mongering seems to have become so much more prevalent under the present administration, I could not believe what I was hearing about the Romance industry. I mean, ROMANCE, people. How can books about Love spark hatred?

But it seems that's exactly what's happening. And this time the shoe was on the other foot, so to speak. The hate-speech was coming from those who felt under-represented in the Romance market. An absolutely valid point. A just cause that needs warriors for change, but not warriors spouting vitriol at anyone who does not include Diversity in their books.

There are many Historical authors, for example, who are writing about eras where society did not allow for diversity. And yet these authors are being vilified, even persecuted by those unwilling to accept the realities of the time period. One author even stated on Facebook that she had completely given up writing Historicals because of the vitriol on this subject.

Now, this is just plain sad. As well as wrong. All authors need to be faithful to the manners, mores, and events of the period of history they use for a setting. Just as contemporary authors need to reflect the attitudes of modern times. But wait! Are you writing a book set in 2019 or 1959? The change in attitudes over the period between those dates is mind-boggling. Even my own daughter (turned 50) is not old enough to remember the Civil Rights movement.And in 1959, just over a decade after WWII, considering Nazis role-models was tantamount to treason. As for LGBTQ . . . forgetaboutit. So . . . message to those who spout hate: "We've come a long way, baby." We're still in an era of transition, but a lot of people are trying hard to make improvements. Don't kick us in the teeth while we're doing it.

Naturally, all this controversy made me look at my own work. And, to my surprise, I discovered I'd been working in a bit of diversity here and there without really thinking about it. Firstly, I have to admit the most prominently "diverse" book I ever wrote is still tucked away on a disk somewhere. It featured a heroine who was half English, half Indian (from India, not the U. S.), and was written shortly after I moved to Orlando in 2007—a traumatic move after 25 years and a family of five in the same house, and the book simply didn't gel. I may take a look at it again one of these days . . . I may not. But I like to think my heart was in the right place, even if my head didn't follow through.

Thinking back, in my very first Romance, The Sometime Bride, I had a hero of mixed English-Spanish heritage, plus Spanish and Portuguese secondary characters. (And this was years before my daughter married an Argentinian!) In my first Regency Gothic, Brides of Falconfell, I included two secondary characters who were gay. In The Mists of Moorhead Manor, an important secondary character is a wheelchair-bound invalid. In The Welshman's Bride the heroine is the daughter of a merchant. And yes, that too is diversity. So many Regency novels portray the daughter of "cits" as nothing more than air-headed or vulgar social climbers. The Ghosts of Rushton Court brings the whole problem of race relations to the forefront, an important part of the plot. And in my current work-in-progress—tentatively titled The Abominable Major—I'm attempting to meet the biggest challenge of all, portraying a hero who lost a leg at Waterloo. And, believe me, I'm struggling. (Though reaching the age where I have to lever myself up out of a chair has helped!)

Am I militantly waving the flag for Diversity? I admit I'm not. But I applaud those who are, as long as they do not denigrate authors where diversity simply does not fit with history. I understand the latest thing is labeling the entire Medieval period "racist." Well, of course it was. To our eternal shame, the Crusades were not the glorious surge to "free" the Holy Land that we were taught in school but a religious nightmare that has come back to haunt us. But that does not condemn the entire of Age of Chivalry any more than it requires a blanket condemnation of the Catholic church.

Grace note:  Mentioning the Age of Chivalry reminds me that one of my ancestors wrote the first book on chivalry way back in the 13th century. In Catalan. I've always wondered if there's a translation somewhere.*

*I no sooner wrote the sentences above than I said to myself, "Do you suppose it's happened—a translation at long last? I zipped over to Amazon, and there it was. Ramon Llull's book on chivalry. In English. I'm stunned. Wow! Though far from cheap, this is a book I have to add to the family collection. (My grandmother Grace was a "Lull," from an English branch of the family, her father a Nebraska doctor, but his father before him was a "remittance" man—perhaps harking back to the days when Ramon Llull was more naughty knight than the religious leader he later became. He founded the University of Majorca and died at the hands of people he was trying to convert.) 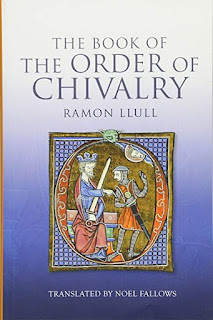 To get back on topic:

To advance a very just cause, I urge you to add diversity when and if it fits your story. But I also beg the more militant advocates of Diversity to avoid becoming as hate-filled and prejudiced as the people who still subscribe to the seemingly endless cycle of "not us, so we hate you." We are changing—not as fast as many hope, but it is happening. Please do not plunge us back into darkness when we are struggling toward the light.

If you think you might want to read The Abominable Major, I suggest reading The Lady Takes a Risk first. Each is a stand-alone book, but the Major features a lot of references to characters and events in Risk. 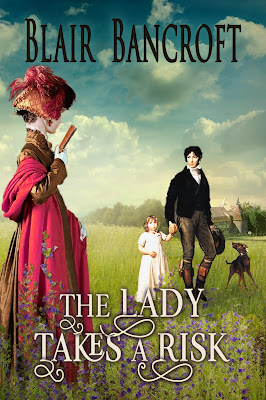