The Survival of Civility

BIRTH OF A BOOK - the continuing saga

This week saw my proposed Regency Warrior 6 become The Notorious Countess.  (I can never get very far into a book without giving it a title.) I also named the villain (which required a brush-up on Russian patronymics), began my typed "Character List," and scribbled notes on other possible secondary characters. All this, while beginning a second "from the top" edit of The Ghosts of Rushton Court. 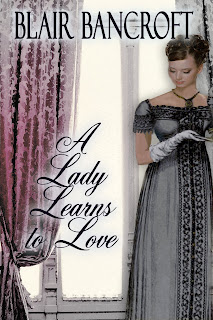 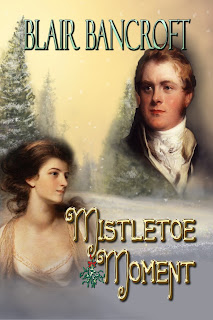 Two Christmas stories that are
also lessons in civility.

THE SURVIVAL OF CIVILITY

This week's blog topic was not solely inspired by the passing of George H W Bush, although the remarks by commentators who alleged that the deaths of Bush and McCain marked the passing of a Kinder, Gentler Age really annoyed me. Even before Bush's death, I had planned to write once again about Civility and the examples of it I had seen recently in my life. And of my hope that although Civility has taken some dreadful blows in recent times, it still lives and will, I hope, eventually make a comeback in the lives of those who have been seduced into the realms of Lies, Rudeness, Hatred, and Disbelief in both Science and the Rule of Law.

While contemplating this week's blog topic, I realized it's quite possible that one of the reasons readers are drawn to the Regency period in England is the wondrous civility of that age. Despite a long war against France and unrest at home, Civility reigned. Later in the nineteenth century, under the long reign of Victoria, manners would become so stultified,so stiff and strict that they were barely rocked by two World Wars or the female revolution of the 1920s (short skirts, short hair). Not, in fact, until the Vietnam War and the advent of the so-called Flower Children did Civility begin to crumble. Why blame Vietnam and the so-very-peaceful Flower Children? Because that's when Hate crept into the American Dream. There were those who hated the war and took out their hate on the brave men who fought as their country asked them to do. And there were those who hated the very existence of "Flower Children," the young people who became society's dropouts and advocated Peace not War. Leaving us with the ugliness of Hate coming at us from both sides. With Civility and Good Manners being shoved farther and farther into the shadows.

Until, oh horrors, we reached the Crisis of 2016, when Hate triumphed, Isolation came back to slap us in the face, and our country did not simply slip from leadership of the world, but plunged with deliberate intent into the abyss of blind misrule. So, other than making sure we go to the polls, what can we do to begin the climb out of the pit of Hatred, Selfishness, and Greed?

Simple: Practice Civility, Kindness, and Generosity. Encourage, by example, others to do the same. Happily, I live in a community which never lost its Civility. Below are some examples of simple positive human interaction I have encountered in the last few weeks.

In the course of ordering Christmas gifts by phone, I had some delightful conversations with perfect strangers on the other end of line. (One woman had such a Tennessee twang I had trouble understanding her at first, but we were buddies by the time I finished my order.) Another, in Kansas, was just as pleasant, if a bit easier to understand.

The grocery store this week, was almost as crowded as the week before Thanksgiving, yet almost everyone seemed to be smiling. Even the manager who explained to me with wry humor—I was obviously not the first to complain—that the foil on the Swanson Chicken Broth I had NOT used in my turkey stuffing was broken because Swanson had designed a closing where the cap, when twisted, broke the foil below. Huh? Not a good idea, Swanson, because I doubt any cook in the U.S. knew that, and when we found the foil pierced, we wouldn't use it. No way, no how. Thank goodness I had two cans of Swanson broth on my shelf, as it was Thanksgiving Day and the grocery stores were closed! But, please note, my complaint was treated with great Civility, and when I did not want a replacement, the manager insisted on giving me my money back.

After finishing with the store manager, my grocery shopping was marked by several encounters with other shoppers, strangers all, who smiled, waited patiently while maneuvering through the crowded aisles, made cordial comments on the products we were looking at. There was even one who went into raptures over my rhinestone-studded ballcap. ("I want that hat!") The clerks, always polite at Publix, seemed chattier, more personal, than usual. (The Christmas spirit in play?)

Later in the week, I had occasion to go to Macy's and Penny's at our local shopping mall. I may have been in Longwood for over three years now, but in my mind I still see the layout of the Penny's in East Orlando where I used to live. So when I stepped off the elevator, I took a different turn and found myself lost. When I asked a passing clerk to point me toward the back parking lot, she walked with me until a straight line would take me to the correct exit.

Whether shopping in a grocery store or a department store, I should add that I saw no aggravated mothers or fathers, no crying children, no voices raised in argument. Yes, I'm sure it happens, but the General Rule in our area is Civility—our lives governed by the manners learned at our mother's knee.

And just last night—after I had finished a draft of this blog—I experienced yet another example of Civility. For my oldest granddaughter's concert at Lake Mary High, I had to park half way to football field. It was dark, only the road to walk on, and a zillion cars coming in all at once. Because of the distance and darkness, I was using my cane. I hadn't gone ten feet when a man stepped up, saying, "I'll walk with you." And he did, keeping on the incoming-cars side of me, making sure they saw me, and escorting me all the way into the auditorium lobby. How wonderful to know Good Samaritans still live!

On a more regular basis—during the afternoon rush hour it would be impossible for our residents to make a left turn out of my subdivision unless some driver on the main road took pity on us. Just yesterday, I was sitting there, waiting and waiting, when a car stopped, holding up the traffic behind him, and signaled for me to go in front of him. And—ah-hah!—I just looked out the window and saw that my neighbor had brought up my empty yard-waste container from the street where I left it for pick-up.

The ladies in my Crochet Club bring in leftover yarn from their "stash" so others may use it. We help others learn to knit and crochet. The people in my church practice what is preached, not only being kind to each other but by bringing in donations of food for the needy on a year-round basis and veritable mountains of gifts and food for special requests.

When I attend special performances by the young people in our area, whether at church or at school, I see an outpouring of student effort and parental devotion that assures me family values are alive and well. (Which happened again at this week's Lake Mary High concert, which featured not only Jazz Band, Band, Chamber Choir, Wind & Brass Ensembles, but Theater Improv, an impressive display of three different kinds of rhythmic dancing (the Rockettes have nothing on these kids!), and chalk art on the sidewalk outside.)

Friday addition: I came out of Target, after barely getting a 6-qt. boxed Crock Pot (a gift) into my cart and wondering how I was going to get it out of the cart into my car when . . . a young woman spoke up from behind me asking, "Do you need help with that large package?" and promptly off-loaded the heavy boxed Crock Pot and the rest of my purchases into the trunk of my car. She also cautioned me to be sure I took my purse out of cart - which reminded me of a Christmas story from seven or eight years ago in East Orlando, when I DID leave my purse in the shopping cart after a trip to Jo-Ann's Fabrics. I had taken my keys out to offload my purchases, then got in the car and drove home, leaving my purse behind. When I got home & discovered what I'd done, I rushed back to Jo-Ann's and said, "I know this is probably futile, but did anyone turn in a purse?" And sure enough, it was tucked into Jo-Ann's safe and only needed retrieving. Talk about the Christmas spirit!

But I hasten to say that although my life is now centered around Longwood, Lake Mary, and Altamonte Springs, the Jo-Ann's story illustrates that this area is not a sole oasis of Civility. (Also, remember the ladies on the other end of my phone orders.) Basically, the people of the United States are a good people; this is a good country. If we stand up and fight hate-mongering, it will be even better. Not just at the polls but on a day-to-day basis. Slow down, take a deep breath, see the people around you:  those willing to help others, those needing help. All the people whose day will be brightened by a smile, a compliment, or just by seeing a pleasant, instead of scowling, face. (And don't forget Civility is not one-sided. The privileged and wealthy need smiles in their lives almost as much as the poor and needy. Think Scrooge!)

So go out and spread Civility—not just at the holidays but throughout the year. If we make this effort, surely the tide of positive interaction will spread. We will take our country back from the brink of Hate, Fear, Incivility, Ignorance, and It's mine!—you can't have it!

This is your chance to save the world. Begin today!