Attitudes toward Point of View 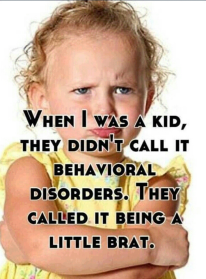 This photo by Amazing Thoughts seems the perfect illustration for
the poem below (even if the age is off by a few years).

There was a 3-day ice-skating competition in our area this week, involving skaters from as far away as Connecticut and the Mid-west. Hailey was a participant all three days. Which resulted in her mother posting the following to Facebook.

After a 3 day weekend, mostly filled with skating, last night Hailey finally discloses that she has to write a 'rant' poem for homework. Never heard of it so we looked it up. You just have to rant about something! Hers was supposed to be on some kind of social injustice which, honestly, she doesn't know much about yet. So I gave her several ideas, all of which she rejected. Finally at 1:30am I screamed her into bed! This morning I wrote her the following example of a 'rant' poem.... It's called 'My Tween'. Here's how it goes:

My daughter is a tween
Her choices aren't always keen
When asked to make her room clean
She either whines or just plain screams!

With her sisters she will fight
Off and on all day and night
Professing clearly with all her might
That 'they are wrong and she's right!!'

She LOVES to do her chores
Insisting that SHE gets to mop the floors!
Oh wait, just kidding! For real
she thinks chores are a miserable bore!

She doesn't mention her homework
to write a 'rant' poem till midnight! Help! Advice??
But she doesn't listen to what I offered
not once, not twice, but thrice!!

Sometimes she is amazing
A sweet, giggly skating queen
But mostly she is a pain in my a--
My first born, my Tween....


ATTITUDES TOWARD POINT OF VIEW

I read constantly, and am always amazed at the authors who say they don't have time to read. How, I wonder, can they keep up with what's going on in their profession if they don't read other people's books? But there are treasures out there we all miss, and for me the works of Linda Castillo were among them. I am currently in the process of reading my way through the whole Kate Burkholder series. Wow! (Though her books are not for the faint of heart.) They did, however, inspire a new look at that old challenge of Point of View.

Twenty-five years ago when I first began to write with serious consistency, the rules for romance were cut and dried, mostly set by Harlequin. Fortunately, as I've mentioned before, I wrote my first two books with no idea there were any rules at all. I remember having to ask what POV was when the acronym was used by a judge in a contest I entered.

My naivety didn't last long, however. I went to my first Romance Writers of America conference and discovered I was only supposed to use two points of view and stick to just one of those for an entire chapter before switching. I still remember raising my hand and saying that I'd just tossed a book where in Chapter 1 the heroine described a scene, and in Chapter 2 the hero described exactly the same scene from his Point of View. Something I considered ridiculous. The speaker was gracious enough to allow that that might be overdoing the concept a bit.

Truthfully, as I began to understand the narrow POV concept a bit better, I had to concede that if you're writing a 50,000-word category romance, anything more than two POVs could be hard to handle and perhaps tricky to read. But in longer works . . . I just couldn't see the restriction.

The "rules" eventually expanded to Hero, Heroine, and Villain. (I shake my head as I recall how many times I wrote that on contest entries, as I had now reached the stage of being a judge.)  And then, in awelike tones, I began to hear about authors who actually had four POVs and, oh wonder of wonders, even five. An agent told aspiring authors at another RWA conference that he had liked best a submission that had a dog's POV. Lions and tigers and bears, oh my!

Gradually, one POV per chapter became one POV per scene. And authors like Nora Roberts, bless her, demonstrated that good writers could do as they pleased, causing no confusion in their readers' heads, even if they changed POV after a couple of paragraphs.  Unfortunately, not all good writers were blessed with finding flexible editors, and the POV strictures continued.

A quick look at Mystery/Suspense, which is one of the many sub-genres of Romance.

I have always liked books written in first person, but many romance readers say they do not, usually because they want to see the story through the hero's eyes as well as the heroine's. Some authors, particularly those writing Mystery/Suspense, have solved this problem by inserting the third-person POV of the hero in between the heroine's first-person narration. Admittedly, the first author I encountered doing this was a mainstream mystery writer, James Lee Burke, in his Dave Robicheaux series. His main character narrates in first person, but he leaps seamlessly into the third-person narratives of both friends, victims, and villains. Linda Castillo, whose books inspired this week's blogs, does the same. Except she goes one step further. Her heroine narrates in first person present tense, while the other POVs from victims to villains to Kate's boyfriend tell their stories in traditional third-person.

So what are the POV rules now? And why did they change?
I attribute a lot of the broadening of the so-called rules of POV to the advent of the e-publishing industry. In indie publishing anything went, and although there were a lot of doubtful, badly presented stories at the beginning, there were also a lot of stories that broke all the rules and were highly successful, forcing a reevaluation across the board.

It's also likely that authors chafing at the bit plus the inevitable inroads of time on tradition, such as PCs making Courier, 25-lines-per-page, and underlines to indicate italics concepts that should have died with the manual typewriter, even though they lingered on, quite incredibly, for another twenty years or so.

Whatever the reason, I became so indoctrinated to the narrow concept of POV that I've had to struggle to dig my way out. I write my Regency Gothics in first person only, because that is necessary to the style - a beleaguered heroine who considers herself alone in her fight against whatever evil is stalking her. But in my Futuristic Paranormal series, Blue Moon Rising, I am beginning to get back the feel of what one reviewer, way back when, called my "slippery" POVs in Tarleton's Wife. (She gave it five stars just the same.) And I'm thoroughly enjoying it. The freedom to say what I want when I want to say it is marvelous. (Makes me cringe when I think of all the times I, as a judge, told a budding author, "You can't do that." Truth was, at that time they couldn't, not if they wanted to be published.)

So where does that leave us?
Attitudes toward POV are still going to vary. If you're print-published and your editor is old school, you're stuck with doing what he/she will accept. Mainstream books, whether contemporary or historical, are still more liberal about POV than category or traditional romance. I would advise a new author who is writing short "category" romance* to stick to the POV of hero, heroine & villain (if applicable) until your first book is accepted and you find out what your editor will allow. For all other sub-genres of romance, you can be more flexible these days. Don't be hamstrung by the old rules.

How often can you change POV?
As often as you can handle it without upsetting your readers. And that's saying a mouthful. Are you aiming at the sixth grade reading level newspapers supposedly target? Or are you aiming your plot and vocabulary at a higher level? How many POVs do you see in published works in the market you're targeting? How often do they switch? By chapter, by scene, by a page or two, or even as often as a paragraph or two? What is acceptable? And, most important, what works? I once read a mainstream book by a multi-published print author I'd been reading for years that bounced back and forth between POVs so fast my head spun. It was an excellent object lesson, however, demonstrating all too clearly why the "rule" against "head-hopping" was such a staple of the romance industry. So keep in mind that exaggerations of either approach to POV can be truly annoying. Keep to the middle of the road until you find your comfort zone, and your readers' comfort zones as well.

My personal recommendation is one POV per scene, but I'm now enjoying sneaking in occasional silent comments from other characters, as I did in my first two books. Nora Roberts has a zillion magnificent examples of switching POVs in the midst of a scene, and I admit I've done it as well. If you can do it seamlessly and without confusion about whose head you're in, then by all means, do it. And more power to you.

Yes, the millennia has come. The "rules" have changed. HOWEVER, if making a POV switch, make sure the first line of the paragraph indicates whose head you're in, and take it from there.

*For those interested in writing category romance, Harlequin and Silhouette have descriptions of their many lines online. But always keep in mind those guidelines are just for H/S books, not a guide for all sub-genres of romance. For those, I recommend researching what is acceptable by reading, reading, reading books in whatever sub-genre you're targeting. Please! Don't be one of those authors who says, "I never have time to read"!