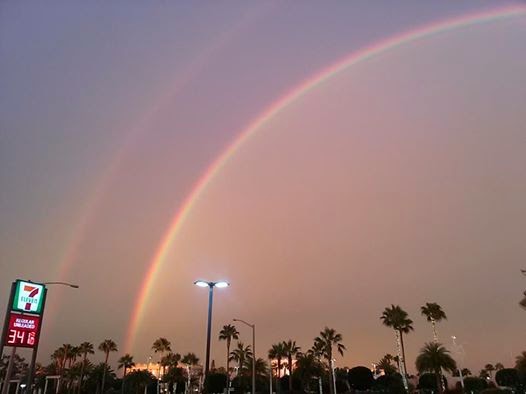 Hmm - remind me why I left my home within a mile of the Gulf of Mexico to move to Orlando -
oh yes, that's right, all four reasons are in the photos above.


More on Watching the World Cup in Orlando

Could we stay home and watch the World Cup in comfort? And in English? (Not that the snarkiness of the ESPN announcer doesn't make me cringe!) Oh no, we had to drive to what is locally known as "the attractions," the heart of Orlando's tourist corridor (next to Universal Studios & about 5 miles from Disney) and watch the game at something called Señor Frogs. And in Spanish! Not that anyone could hear what was being said as the noise level was off the scale.

For those not familiar with Orlando, International Drive is where the tourists without small children stay. Universal Studios, SeaWorld, and I-Drive are the grown-up versions of Disneyworld. An Orlando version of the London Eye is currently under construction. We drove by the base of it, which already towers over the whole area.

We had reserved a table for 15 at Señor Frogs, and close to that many showed up - all wearing blue and white, waving Argentinian flags, and certain Argentina was going to win. The atmosphere was electric - we could only locate three German supporters among the sea of blue and white. There were Argentinian supporters chanting and doing snake dances through the aisles. And tables of all girls screaming their hearts out for their heros. Plus a DJ determined to split every eardrum in the house - before, after, and at half-time.

But I have to admit it was fun. Some of the outfits were amazing, including a lady wearing blue and white "wings" sticking out from the side of her head and a German supporter who had a tall fake fur hat in black and red with three small soccer balls nesting in the top. At the end of the game my daughter ended up kneeling on the table taking photos of him and his celebrating friends with each of their cameras. Now there's a magnanimous gesture for you!

And all those commercials in Spanish were fun, even if the outcome of the game wasn't what we'd hoped. It was a mad month of soccer and, frankly, I'm ready for some good old American football after a steady diet of "futbol." (We had one new immigrant from Colombia at the table, by the way, and I swear she screamed louder than all the rest of us put together. And, believe me, that was pretty hard to do.)

Since we saw so few German supporters at Señor Frogs, I was surprised when so many cheers broke out when Germany won. I suspect it was our many Brazilian tourists who wouldn't root for Argentina if their lives depended it. (This was explained to me very kindly by my son-in-law, the Argentinian who refused to root for Brazil against the Netherlands.)

Oh yes - I don't know what ESPN showed, but Telemundo, without saying anything, panned over a well-known face in the audience. Vladimir Putin.

And to finish out the week, today - Saturday - is my birthday. I planned on NO photographs of me - the grandchildren are much cuter - but . . .


Next Mosaic Moments - c. August 1st - hopefully with a pub date
for The Mists of Moorhead Manor