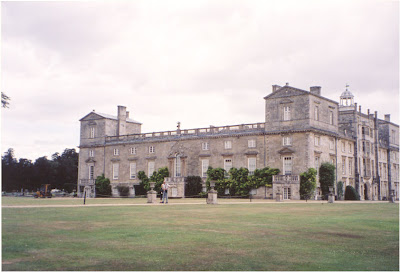 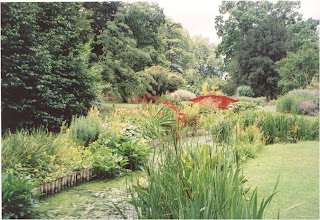 Welcome to Part 2 of
"Where Brits Vacation"

A long time ago, at a Romantic Times convention in Houston, I met Miss Mary McRae, a true English gentlewoman of the old school, who had traveled all the way to Texas because she loved to read romance. I met Miss Mary again at a convention in Orlando, and Sue-Ellen Welfonder and I took her sightseeing in the Sarasota area when she was in Florida. Miss Mary is no longer with us, but I recall with pleasure how much she enjoyed Myakka State Park with its wide variety of wild life from herons and roseate spoonbills to alligators. We also took her to lunch at a downhome-style outdoor restaurant right on the Intracoastal Waterway. So naturally I was thrilled when Miss Mary joined Sally and me for an afternoon at Wilton, home of Earls of Pembroke, near Salisbury in Wiltshire. Since we had all been to Wilton before, we confined our tour to the extensive gardens that day. My apologies for the b&w photo of Wilton’s famous Palladian bridge. No way could I convince my scanner to reproduce any of my bridge photos in color. (It doesn’t like Palladian bridges?)

Interesting sidenote: as an extra added attraction that day, we had to drive past Stonehenge going and coming. Also, while driving through Salisbury Plain (home of Stonehenge), we passed road signs saying, “Warning, Tank Crossing.” If they hadn’t had a picture of an actual military tank on them, I wouldn’t have believed it. Sally said to me, rather plaintively, “We’re a small country. We have to make use of every bit of land we have.” It seems the army trains on Salisbury Plain. Sorry, I was too busy driving on the left to stop for a photo. 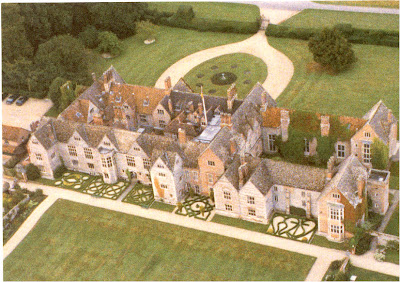 Photo above is an airview of the Tudor country house, Littlecote, now expanded into a resort.

As mentioned earlier, I left the arrangements for my second week without an American in sight to Sally Roberts, whom some of you may remember as our local guide on the 2003 Regency Author Tour. So after two nights at Manor Farm, we drove to Littlecote, neither of us having the slightest idea of the scope of the place Sally had picked for our next four nights. Littlecote is, in fact, mind-boggling. Picture the largest cruise ship and then spread its activities out over somewhere around one square mile.

The original Littlecote is an elegant Tudor mansion, complete with giant oak table in the center of a medieval-style "hall." It has resident ghosts, taken very seriously, and is now kept alive by being turned into a resort. The house itself remains pristine, with only a few of the very wealthy actually staying beneath its roof. (See helicopter photo below.) The rest of us poor working slobs stay in well-appointed motel-like accommodations built within easy walking distance of both the mansion and a 20th c. building containing a lounge, dining areas, theater with live performances, gift shop, etc. Seating in the dining room is like a cruise ship - you are assigned a table. The wait staff seemed to consist of young people from all over Europe.

In addition to these facilities, Littlecote offers gardens, a falconry barn (with demonstrations), tennis courts, an archery field, a bowling green, a giant outdoor ches 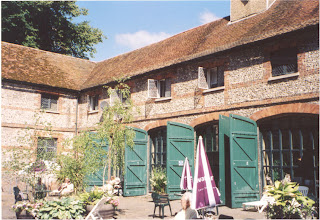 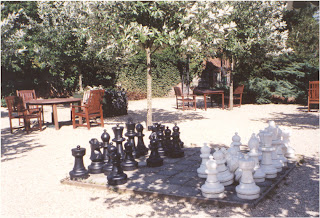 s set, and a fitness center and beauty salon in the ol 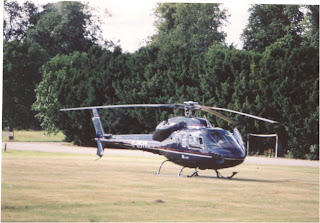 The most significant site, at least to me, were the Roman ruins, including the entire mosaic floor of what is believed to be a temple. It was difficult to photograph because it is enclosed in an open-sided building to protect it from the elements, but I did my best. Next to the amazing mosiac floor are the remains of a Roman villa, including the hippocaust. Amazing stuff. (Roman photos are at the end of this blog.)

The funniest moment at Littlecote was when the falcon took off on his own, perched in a tree, and refused to come down, no matter how hard his trainer coaxed!

The most eerie moment, besides the stories of ghost-sightings in the hallways, was a tale told by the guide at the Tudor mansion. There is a small casket that always rests in the chapel at Littlecote. Supposedly, it contains an ancient religious relic. And with it goes a legend that says if the casket should ever leave the chapel at Littlecote, disaster will follow.

The day came, sometime in the late 20th c., when Littlecote was sold and some of its contents put up for auction. When family members noticed the casket was no longer in the chapel, they rushed to the auctioneer, explained the legend, and the casket was returned to its proper place, where it still remains. One can only assume Littlecote's present success as a resort was thus assured!

Although visitors to Littlecote seemed to be primarily middle-class Brits, I can heartily recommend it to Americans who have seen all the famous sights and would like to experience something off the beaten track. Littlecote was beautiful, historical, peaceful, and the food was good. Also, there's something both intriguing and educational about being the only American in a sea of Brits. If you'd care to know more, the website is: http://www.historic-uk.com/SayUK/WarnerBreaks/LittlecoteHouse.htm

Only as I flew back to Orlando on British Airways did I realize I had spent sixteen days without seeing, or speaking to, another American. A truly unique experience.

Thanks for stopping by. Don't forget to look below for four photos of the extensive Roman ruins at Littlecote. 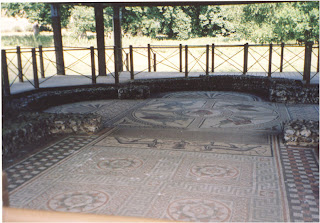 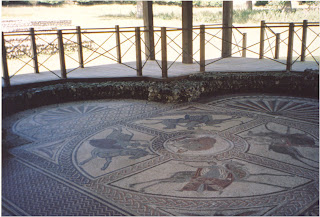 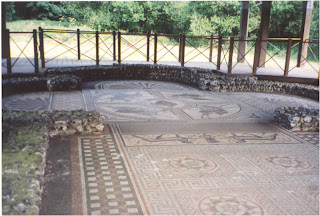 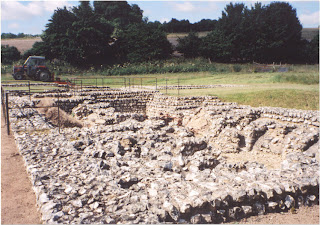