For Your Christmas Reading

At Thanksgiving dinner we discovered that my middle granddaughter, Riley, has become an entrepreneur. At sixteen. She's been making necklaces of polished stone for sometime, but she has recently added necklaces featuring fossilized sharks' teeth she found herself while accompanying her mother on her fossil expeditions. Many are quite different colors from the black ones found along Venice beaches where we used to live. Those imbedded in INLAND sand (covered by water millennia ago) are varying shades of blue-gray and beige.

And this week Riley fulfilled her first mass order for display at Colonial Room Country Store on Main Street in Sanford. Photo below. (And yes, the double entendre of her brand name is deliberate.) 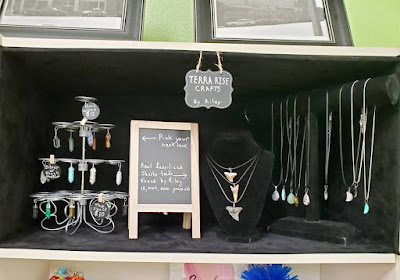 Over the years I've written three stories that feature Christmas:  two novellas for Christmas anthologies, and a traditional Regency in which Christmas plays a strong role. The novellas have many poignant moments on the way to Romance. The trad Regency is more of a tug of war between two strong personalities. 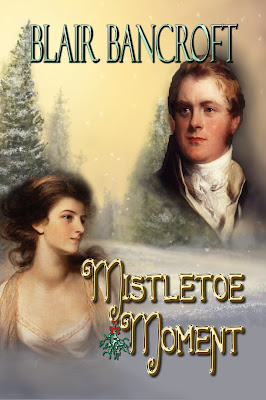 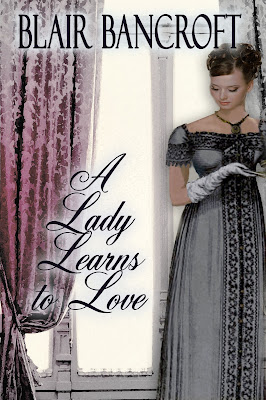 A Lady Learns to Love is the poignant tale of a family faced with tragedy, amplified by unforeseen circumstances, who still manage to survive, aided by the spirit of Christmas.

Marriage, yes. Love, no. Lady Christine Ashworth's glorious Season in London comes to an abrupt close with the death of her father. Her home now belongs to someone else; her fiancé is conspicuous by his absence; and her younger sister is as miserable in their new home as she is. What can Christine do but accept an offer from the despised heir, even if she now considers all men anathema, particularly the perfect stranger who has taken her father's place? 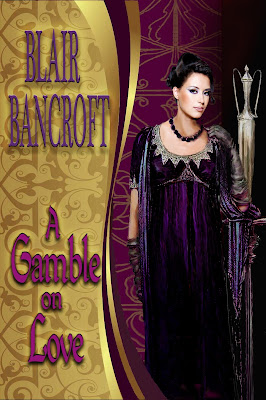