Into the Wild Blue Florida Yonder . . .

Cassidy, age 14, got the biggest Christmas gift this year - flying lessons. At her first lesson this week. Daddy took video from the rear seat, and later, Mommy filmed the family watching the video. The result . . .

For the video of Cassidy's first flying lesson, click here.

Below, Cassidy and Alex, both students in Seminole High's aviation program, demonstrate they have the keen pilot's eye. (Alex won the big one.) 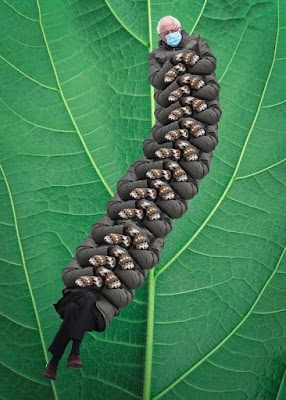 The Importance of Names

Over the years I've posted a number of blogs about the importance of Names, but this week, when I updated my Matthew Wolfe Character List and it ran to five pages, I felt  the topic of Names was well worth repeating.

Names have Power. (Hence, all those old tales about keeping your real name a secret so someone with magic can't get power over you.) Seriously, names not only identify, they define. They are the symbol of a person—who and what he/she is, who and what he/she does. I've read books where authors made the ghastly mistake of introducing a main character by no more than a first name or, even worse, no more than a pronoun (he or she). [Granted, there are occasional short Prologue-type scenes where this approach works, but in general full names and a bit of description and/or background information will give readers a far clearer picture.(And, believe me, as a prolific reader, I guarantee readers really appreciate that.]

The Nitty Gritty of Character Lists

Although my Character Lists are in the word processing folder with the sections of my book, I also keep a printed copy on my typing stand and a printed copy with the stack of research and reminder notes I keep handy for when I'm editing hard copy. And when writing a series, where the number of characters gets longer and longer, it is even more important to keep a detailed Character List. (Just this morning, I had to go back to Sections 1 and 2, searching for the name of a Dublin barmaid I failed to write down.)

This is highly flexible, the answer being "whatever you feel you need to remember." The list is usually short at the beginning of a book but grows as I go along. Here is what I include:

Main Characters' Names, with the most important at the top (hero, heroine, most important secondary characters) - short physical descriptions, where they live (if pertinent), other family members (if mentioned in book)

Grace note:  In the case of "out of the mist" authors like me this is a "bare bones" list when I begin a book. To which I add pencil scribbles until it becomes such a mess I am forced to retype the whole thing!

Minor Character Names (usually added in the order they appear) For these, I include descriptions only if important. In a series, where this list is really long, I divide the names by Headers, such as "Officers," "Village," "London," etc. (When I began the Matthew Wolfe series, I had a page that read "Matthew Wolfe's Women. That has gradually been replaced as each individual acquired a name and took her place in the formal Character List.) Also, if I hadn't gone all the way back to The Lady Takes a Risk and made a list of the many children at Kirkwood Farm, I would have been lost.

Places - The names of characters' homes, both in the city and in the country are important. The name of the street a main character lives on is often important, particularly if he/she lives in London or Bath. Record the names and locations of inns and taverns your characters frequent. You'll regret it if you don't.

Other - the names of people's horses, their pets. Example:  all those dogs we first meet in The Lady Takes a Risk. The many other worldly beings in The Ghosts of Rushton Court. Record your creations! Don't get caught searching for a name or place you can't quite remember.

Summary. Names are a vital form of identification. Mentioning a name once, then following it with paragraph after paragraph of pronouns (he/she) simply does not work. Readers need to identify with your characters, need to feel they know them. A whole slew of vague pronouns doesn't do that. Similarly, occasional repeats of both first and last name can add more depth to a character than first name only. And as important as using those names, keep a list of Who's Who and What's What. Write it down. Keep it handy. This is your life-saver, particularly in a series, where only a truly remarkable memory can keep track of what went before.

And now, a very special treat. I am pleased to offer the poem Amanda Gorman recited at our President's inauguration:

The Hill We Climb

When day comes, we ask ourselves where can we find light in this never-ending shade?
The loss we carry, a sea we must wade.
We’ve braved the belly of the beast.
We’ve learned that quiet isn’t always peace,
and the norms and notions of what “just” is isn’t always justice.
And yet, the dawn is ours before we knew it.
Somehow we do it.
Somehow we’ve weathered and witnessed a nation that isn’t broken,
but simply unfinished.
We, the successors of a country and a time where a skinny Black girl descended from slaves and raised by a single mother can dream of becoming president, only to find herself reciting for one.
'Never been more optimistic': speeches, songs and celebrations cap Biden's inauguration day – as it happened


And yes, we are far from polished, far from pristine,
but that doesn’t mean we are striving to form a union that is perfect.
We are striving to forge our union with purpose.
To compose a country committed to all cultures, colors, characters, and conditions of man.
And so we lift our gazes not to what stands between us, but what stands before us.
We close the divide because we know, to put our future first, we must first put our differences aside.
We lay down our arms so we can reach out our arms to one another.
We seek harm to none and harmony for all.
Let the globe, if nothing else, say this is true:
That even as we grieved, we grew.
That even as we hurt, we hoped.
That even as we tired, we tried.
That we’ll forever be tied together, victorious.
Not because we will never again know defeat, but because we will never again sow division.


Scripture tells us to envision that everyone shall sit under their own vine and fig tree and no one shall make them afraid.
If we’re to live up to our own time, then victory won’t lie in the blade, but in all the bridges we’ve made.
That is the promise to glade, the hill we climb, if only we dare.
It’s because being American is more than a pride we inherit.
It’s the past we step into and how we repair it.
We’ve seen a force that would shatter our nation rather than share it.
Would destroy our country if it meant delaying democracy.
This effort very nearly succeeded.
But while democracy can be periodically delayed,
it can never be permanently defeated.
In this truth, in this faith, we trust,
for while we have our eyes on the future, history has its eyes on us.
This is the era of just redemption.
We feared it at its inception.
We did not feel prepared to be the heirs of such a terrifying hour,
but within it, we found the power to author a new chapter, to offer hope and laughter to ourselves.
So while once we asked, ‘How could we possibly prevail over catastrophe?’ now we assert, ‘How could catastrophe possibly prevail over us?’

We will not march back to what was, but move to what shall be:
A country that is bruised but whole, benevolent but bold, fierce and free.
We will not be turned around or interrupted by intimidation because we know our inaction and inertia will be the inheritance of the next generation.
Our blunders become their burdens.
But one thing is certain:
If we merge mercy with might, and might with right, then love becomes our legacy and change, our children’s birthright.