A short hiatus for Mosaic Moments while I prepare a Workshop that has nothing to do with Writing & Editing. I'll be engaged in showing people how to make easy Christmas gifts with fleece:  scarves, shawls, doll blankets, baby blankets, lapghans, personal-size blankets, afghans, etc. A LOT of work to make a list of where to buy, yardages needed, and to gather photos of projects, individual stitches, crochet borders, etc. So please check out the most recent Index to find articles that might be helpful.

Susie took close to 100 flower photos while in Singapore. Here are a few - taken at what appears to be an arboretum. 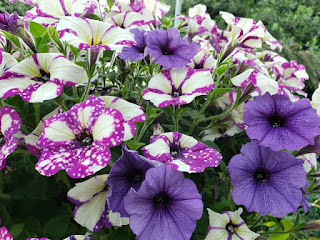 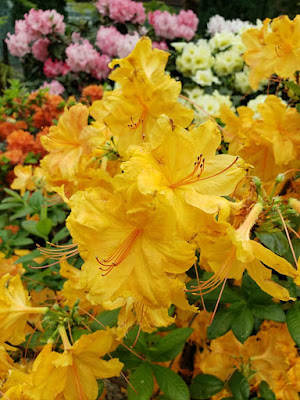 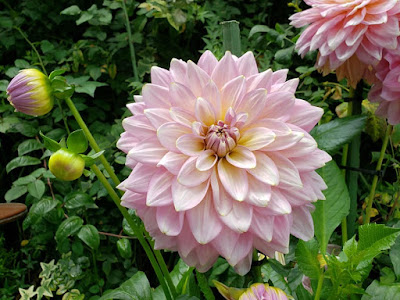 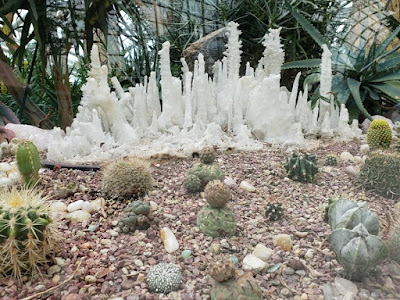 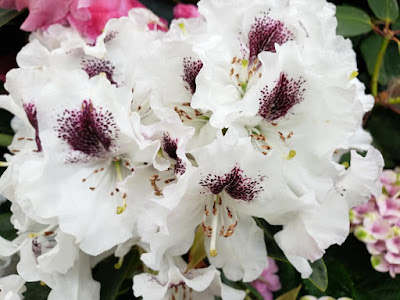 I struggled with a title for this week's blogs. Definitely not "Story Arc," which has been done to death and which I also suspect leads authors into a frenzy of attempting to copy the recommended "step by step," to the detriment of creativity. So . . . Highs & Lows? Ups & Downs? Hills & Valleys? Better. For those names are vague enough to remind us of what we need to do without providing obstacles to the way we want to tell our story.

All this came up this week as I sat down to my keyboard  to write Chapter 27 of my latest Regency Gothic, Shadows Over Greystoke Grange. At the end of each day's work, I make a habit of typing notes (in all caps) about where I think the story is heading over the next few scenes. And at the top of my notes was:   APOTHECARY SPREAD OUT ON STONE CROSS.

I'd just written about a fire, certainly a dramatic moment, and followed it with a scene in which the heroine barges into the hero's bedchamber to discover for herself how badly he is injured. So . .  I'd written Fire, Quieter Scene—and assumed I'd reached the moment of ratcheting up the plot with the apothecary's murder. Right?

Well, that's what my notes said, but my fingers refused to move. What was the reaction to the heroine's shocking invasion of a man's bedchamber? How was she holding up to all that had been happening around her? And wasn't it about time I revealed further unfortunate tendencies in the possible villains of the story?

And yes, these questions needed to be dealt with BEFORE the "big" moment when someone is murdered and the intensity of the tale explodes into the final series of dramatic events. (Although even these important scenes will have more impact if they have short "breathing spaces" in between.)

All this led to the birth of an "interim" chapter that extended the Contrast between the Fire and the Murder. And also moved the story forward. When writing these quieter scenes, it's all-important to remember that you do not create Contrast by plopping in a scene that is merely "words" with no relevance to your story. Use this "down" time to explain, emphasize, add color to what has gone before, or give hints of what's to come.

Believe me, your "big" moments will be all the more dramatic for the "lulls" that come between:  the "planning" scenes, "discussing" scenes, the "conversations at table," etc.


Below is a the chapter I hadn't planned on writing, the one that insisted on inserting itself between Fire by Arson and Death by Stabbing. Please note the deliberate effort at the beginning to lighten up the angst the young heroine has been suffering ever since she arrived at Greystoke Grange.


Chapter 27 has had only one edit so far, but hopefully it will be enough to illustrate what I mean by "Interim" chapter. It provides a bit of relief from the dramatic events that have been plaguing the young heroine's life, but it also shows that those problems have not gone away. And at the end, the next "big" drama raises its head.


Background for the scene:  Adria, the young heroine, is a guest in a house in Shropshire, where she is supposed to be teaching Daphne, the young lady of the house, the niceties of the London ton. Dudley is Daphne's twin brother. The twins are only a year older than Adria, but infinitely older in experience.