Those of us who live in Florida know what it is to live with both alligators and bears. (Although those who only visit Disneyworld, Universal, Sea World, etc., probably find that hard to believe.) So below are links to two videos. The first is an Alligator Video from Brownwood, FL, courtesy of ABC News. The Bear Video is homemade - outside my daughter's home here in Longwood, FL.

Also startling, these Rules for Teachers from 1886 (posted to Facebook): 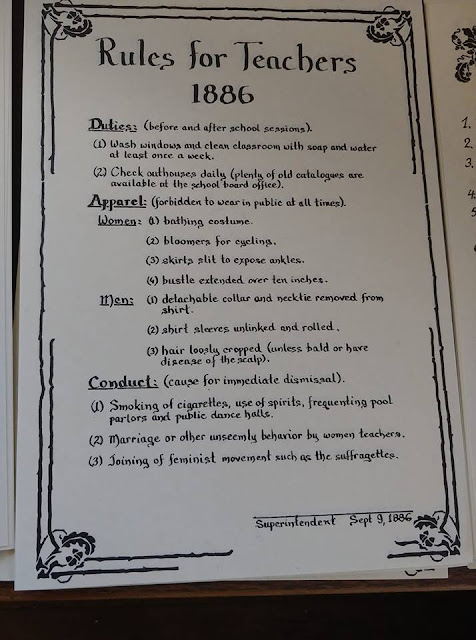 These helpful Editor definitions were posted to Facebook
by an author friend of mine: 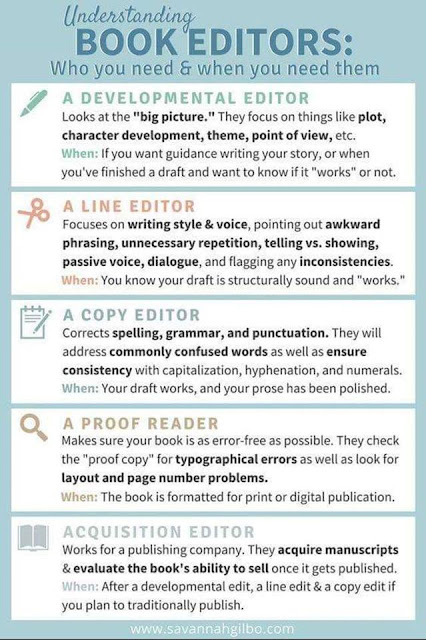 Perhaps the many "plotters" among us do not have to deal with this issue; then again, perhaps they do, at least on occasion. Certainly, it's something "out of the mist" authors like me run into from time to time.)

Sometimes we simply miss an important point. Sometimes we miss a VERY important point. I did this recently. I'd like to think it was because I was distracted by our upcoming cruise, but I have to admit I was better at "winging it" without mishap when I was younger. Sigh. Nonetheless, mistakes happen, no matter what age we are or how smart we think we are. The important point is to catch the mistake before you plaster it all over Amazon, Smashwords, Nook, or the sites of other Internet vendors!

I do not own a laptop. I got one of the early models, almost never used it, so have not repeated that mistake. (Laptops or tablets are great for those who use them, but for people like me who have to be holed up in a room all by myself in order to write Word One, what's the point?) Therefore, the only work-related things I took on my cruise were a legal pad and a pen, with which I planned to do that thing unheard of for a "seat of the pants" author—make notes on the remaining major scenes of my book. Wow! Was I in danger of turning into a Plotter?

No way, no how. But I would end up with far more scribbled notes than I usually have at this stage of a book (c. half-way). But the morning of the cruise—we hadn't left Longwood yet—I suddenly realized: Oh, wow, I missed something! I quickly scanned the last pages I had written, went back to check the two scenes before, and groaned. Sure enough, I'd written an action scene (an attack on the heroine), followed by two dialogue scenes with secondary characters, and then, knowing I needed to get back to the hero and heroine together, I'd written a pleasant one-on-one scene that forwarded their relationship . . . but WAIT! I had written it WITHOUT ANY REFERENCE TO THE ATTACK ON THE HEROINE!

Slap upside the head! So that was my very first note when I sat down to work the first morning of the cruise (with a deluge of rain outside the porthole and me not envying the rest of our party who were ashore in Freeport, Bahamas!) And when I got home, I took that perfectly ordinary interchange, deleted almost all of it, and replaced it with something much more dramatic.

Does this happen often? No, thank goodness. But I believe I've mention a few of the following in previous posts—but since I have acquired more than a thousand new readers in the last year or so, I will repeat the incidents below:

Many years ago when writing my first Romantic Suspense, Shadowed Paradise, I was about three-quarters of the way through the book when I realized the person I had set up in my mind to be revealed as the villain (and who had anonymous scenes throughout the book) simply wasn't strong enough. Oops. No other solution than to go back and insert a new character. Fortunately, this wasn't as difficult as it sounds as the "anonymous" villain scenes were already written and among the best writing I ever did. (Through all the editing, then, and later for the indie version, I never changed a word of those villain scenes.)

Years later, there was a maypole I so wanted to include in The Blackthorne Curse, but it simply wouldn't fit. Heave ho, out it went! Yet another example: after a reader complained about the hero's fall from grace in The Sometime Bride, when I did the indie version, I added a Prologue which I hoped would make his unfaithfulness during wartime more understandable. (And which added even more words to a book already 140,000 words long!) Whatever. I liked my original beginning with the heroine at age fourteen, but I think the book is better with the Prologue. That's the great thing about Indie Pub—you're free to make changes!

Extreme Revision
Yes, sometimes complete top to bottom revision is necessary. While editing other people's books, I've had occasion to tell an author that she had to select one primary plot and stick to it. (The story leaped from one plot to the next with no connection whatsoever.) I have also edited a book that the author seemed to want to be a dramatic tale of war, except comedy and mundane family matters kept intruding. Again, the author needed to decide which story he/she was writing and concentrate on that aspect of the tale and not try to write two different genres at once. In a third example, I edited a book where almost every paragraph had too many words, drowning an excellent story in unnecessary convolutions.

All three books mentioned above required major rewrite. It happens—hopefully not to you.If it does, well, please see the Summary below.

Summary.
Often, only the change of a word or two is needed to improve your work. Sometimes, the addition or deletion of several paragraphs. And on occasion, a whole scene may need rewriting. Hopefully, you won't encounter the editorial suggestion that your whole book needs rewriting from the top. But if you do get this advice, don't ignore it! No, it's not necessary to leap into revision without thought. Think about what your editor said. Do not reject the advice and plow ahead, your mistakes still intact. Ask yourself:  Is the editor right? Maybe not about everything, but about most of the criticisms . . .? Then buckle down and get the job done, step by step. One sentence, one paragraph, one chapter at a time. Do what you have to do, because you will learn a lot. It's highly unlikely you'll ever make those same mistakes again.

If you don't have an editor, you have to be particularly sharp. You have to pay attention, learn to be critical. How do I make this sentence better? Have I written enough description to paint a vivid picture? Have I given my characters the correct reactions to scenes that went before? Am I tying all the ends together, or am I skipping from pillar to post, irrevocably confusing my readers?

Editor or no, you CAN do this. The only fatal error: putting your book out there without any editing at all.

Some time ago I mentioned that I was attempting to organize eight years of blog posts on Writing and Editing into a single book. I am happy to report I've finally discovered a method that makes sense and work is under way. Hopefully, sometime before the end of the year, my posts will be available in book form, properly organized by subject, and indexed. Still working on cover, title, and sub-title, but I've begun to see a faint dawn, if not bright light at the end of the tunnel.