Back to Basics 2 + LIMBO MAN


BACK TO BASICS - Addendum

It was pointed out that I omitted some examples from last week's post on Punctuating Dialogue. So here they are - illustrated by examples created by me.

The punctuation depends on the sense of the sentence.

I don't care how often you say, "sorry"!

Same approach as the exclamation point.

I asked, "Where are you going?"

Do you know the origin of the saying, "All's well that ends well"?

Basically - if you absolutely, positively have to use them in your work of fiction, the colon and semi-colon go OUTSIDE the quotation marks.

We waited for the voice of the so-called "Oracle":  Hail, Wayward Sinners . . .

I never liked what my mom called "greens"; I ate them anyway.

4.  One speech extending over two paragraphs.

If one person's dialogue extends long enough for a new paragraph to be needed:

Do NOT put quotation marks at the end of the dialogue in the first paragraph.

DO put quotation marks at the beginning of the next paragraph.

The professor droned on and on, ending, "Most experts believe that if global warming continues melting the ice caps, the ocean will rise five or six feet over the next twenty years, resulting in severe flooding of most coastal areas.

If anyone can come up with other dialogue punctuation problems, please let me know. The only ones I found when I checked The Chicago Manual of Style were quotes within quotes within quotes. And, believe me, you better not do that if you're writing fiction!


Bah, humbug! to “branding.” Yes, I know it’s supposed to be a good thing, but not for authors who write in multiple genres. Without any intention on my part, I was branded a “Regency” author, and getting readers to look at my Mystery/Suspense books is like single-handedly pulling up a diver from forty fathoms deep! So in an effort to call attention to LIMBO MAN, a tale of international intrigue, I re-edited the entire book, line by line, and ordered a new cover. As of Friday the 13th, LIMBO MAN has been be re-incarnated: Same title, same plot, even the same blurb. But let’s see what a “hunk” on the cover will do. Plus some Twitter posts, a feature on my blog . . . You get the message.

I mean, really, LIMBO MAN deserves to shine. I’ve been to every international location used in the story, including Siberia and tried to re-create it faithfully. (Except Teheran—for that I had to rely on Google Earth!) And yes, a child was actually killed by bombs left on WWII’s Pine Castle bombing range. It was farther back in time than I used in the book, but it actually happened. In fact, the story of how thousands of people discovered they were living on top of live ammunition is worth repeating.

Decades after WWII, c. 4000 homes were built on top of the Pine Castle Bombing Range, with no disclosure to the owners. (Until I moved to Longwood two years ago, I lived in the farthest northeast corner of it and therefore received notices of all the meetings about the problem and updates on the progress of the clean-up. I attended one of those meetings, which was conducted in Spanish and English, in the presence of the Orange County mayor and at least one Councilman.) The @#$% hit the fan shortly after I moved from Venice to Orlando in 2007. As the months went by and the Army Corps of Engineers was called in to investigate, the situation grew from suspicious to dire.

All in all, over the next decade the Corps of Engineers removed 14 tons of bomb debris as well as 400 live bombs and rockets from ground that included Odyssey Middle School, numerous high-end homes and condos, plus office and commercial real estate. Except, of course, no one actually dug UNDER anyone’s home, so who knows what’s still there . . .

The above is an example of the personal research I did for LIMBO MAN. I’ve walked across the dam mentioned in the book. And motored around the Thimble Islands in Connecticut. And I’ve even been to Bratsk, Siberia, and seen the cabin built for President Eisenhower’s entertainment on the shores of Lake Baikal.

As for the book itself . . . the characters are great, if I do say so myself, and the plot has the authenticity of being sparked by a true tale of lost nuclear bombs told by a retired CIA agent. Yes, there’s a bit of whimsy here and there—particularly in the resolution of the romance. But, hey, romance is what we all like, right? And when you have not only the Montagues and the Capulets pulling at the hero but a powerful third party as well, you have to do some fancy footwork to contrive a happy ending.

So please take a peek at the updated LIMBO MAN - now live on Amazon and Smashwords. Below: new cover plus blurb. 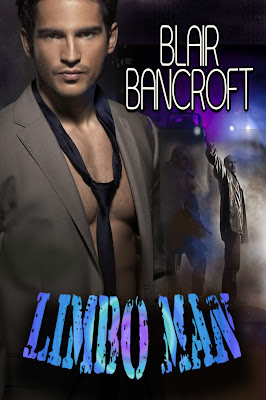 FBI Special Agent Vee Frost does not care for Homeland Security's list of job qualifications when they ask to borrow her services. "An experienced agent with a proven track record" is good. "Fluent in Russian" hints of an assignment which is close to her heart. But "Attractive female, under thirty-five" sends up red flags. Obviously, DHS is asking for services above and beyond the call of duty. But a loan to Homeland Security would look great on her resumé, and it sounds as if they really need her . . .

But when Vee agrees to turn on the charm for Sergei Tokarev, an amnesiac Russian arms dealer with an agenda as hidden as the contents of his past, she never anticipates a chase after two nuclear bombs that will have her hopping around the world from Connecticut to Siberia to Iran. And no matter how strong a bond she and Sergei forge, it seems doubtful either will live long enough for a happy ending.