On Friday night we had another Girls' Night Out, attending an absolutely stunning performance of Stephen Sondheim's Into the Woods by Lake Brantley High School. Both Susie and I are professional musicians, and believe me, if we say we were impressed, it means something! This is the musical, along with the Harry Potter books, that revived fairy tales in our modern age. Like its offspring, the TV show Once Upon a Time, Into the Woods demonstrates what happens after "Happily Ever After"—from infidelity to retribution for Jack stealing the Goose That Laid a Golden Egg. [My favorite line, delivered by one of two princes: "I was brought up to be charming, not sincere!"] Amazingly, the show's powerful, not-so happy message was beautifully enacted by a cast of 16- to19-year-olds. (Though on the way out I heard two teen girls say of a moment in the second act, "I didn't think they'd go that far!") Kiddies can watch this musical (it's PG, sort of), but basically this is a fairy tale for adults - intended for viewing by a tough Broadway audience.

I was fascinated enough by the imaginative tale that I've ordered from Netflix both the 1991 version with the original cast and the 2014 version with Chris Pine (Captain Kirk). I can hardly wait. [Although no performance can be as thrilling (or hysterically funny) as watching high schoolers do such a outstanding job, from music to scenery and costumes, in front of an audience primarily composed of peers and parents.] Take a peek. Into the Woods may shock you, but you'll love the beauty of it and appreciate the genius behind it.

On Sunday, April 2, I went to Crane's Roost Park in Altamonte Springs, Florida, to hear the grandgirls perform with The Citrus Singers. (With "Mommy/Susie" directing.) Frankly, I had no idea what the occasion was. So I was surprised to find myself parking only feet away from an array of motorcycles. And to hear an impassioned story from a young lady who had endured years of childhood abuse before being helped by a group called BACA. She is now in college and planning to be a social worker. BACA is Bikers Against Child Abuse, an organization with chapters not only all over the U. S. but around the world. They are frank about being willing to use their "tough guy" image to protect children who need it, particularly when it comes to escorting them to testify against their abusers.

The message was inspiring, the Girl Scouts (age 7-16) sang magnificently, as always, even being asked to perform an additional two numbers. And afterwards, they had their pictures taken with some of the many bikers there.
All in all, an inspirational event.


Two of the mysteries below are set in my favorite Gulf Coast mini-city, Venice, FL; the third, in Sarasota, FL, at a thinly disguised John & Mable Ringling Museum for the Arts, the creation of famed circus entrepreneur John Ringling, who is undoubtedly rolling in his grave at the announcement that the circus is closing at the end of this season. (The Venice Sarasota area is the permanent home for a great many circus families involved in several well-known traveling circuses.) 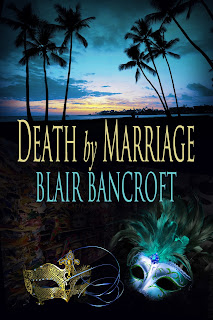 Death by accident, old age, strangulation. An elderly senior about to marry a con artist. A rash of burglaries. Only an artistic imagination could conjure these disasters into connected events. But costume designer Gwyn Halliday manages it, as she flees trauma in the big city, only to discover that bad things can also happen in a sleepy Florida retirement community. 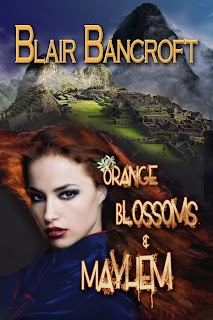 Want to get married in a hot air balloon? Have the bride step out of a Fabergé egg? Just call Fantascapes, the Halliday family business. Trouble in paradise? Call Laine Halliday, who travels the world smoothing out bumps encountered by high-end clients. But when Fantascapes is used as a front by the Russian mob, in action ranging from Florida to Peru to France, Laine steps into a whole new world of Serve and Protect. 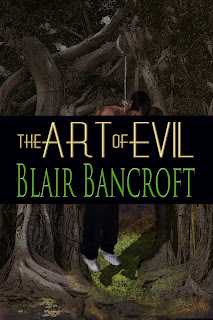 Someone is killing people at the Bellman Museum, staging the deaths as bizarre works of art. Though struggling to recover from a severe injury and the death of her lover, FBI Special Agent Rory Travers can't resist the challenge of tackling this mystery, which brings two new men into her life. But in the end she stands alone, facing evil one-on-one.