Why write a series?

So many awful things have happened in the Orlando area this past year, I'm delighted to be able to offer a "fun" video posted to YouTube this past week. The incident happened in the neighboring county of Lakeland. Please note that everyone is standing there, taking pictures, instead of running! The alligator is estimated at a whopping 12-14 feet. For a look at this giant crossing a trail, click here. 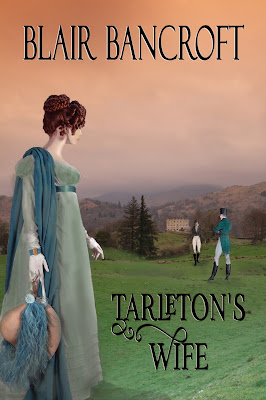 My Historical Romance, Tarleton's Wife, first published in 1999—and my all-tiime best-seller—is now available for Pre-order on Amazon at 99¢. This brand new cover is the work of Delle Jacobs and is the first to show that TW has TWO heroes! For more details on Tarleton's Wife, click here.

WHY WRITE A SERIES?

This past week someone asked me if I had done a blog about writing a series. And I replied, I didn't think so as I hadn't written many. But it was certainly a good idea for my blog, as I've read a lot of them. So what is it about series?

I'm the idiot who has always written exactly what she wanted to write (except when I was trying to please New York (Signet & Kensington), and I guess I didn't operate in series mode. But if I'd been putting my career first and foremost, I certainly would have paid more attention to series. Above all else, series are money-makers. Readers come back again and again and again, snapping up every volume as soon as they hear it's ready. I had only to look through my Kindle (and on my bookshelves for older series) to see that most of my reading is of series written by favorite authors.

I found Regency Romance, Mystery, Suspense/Thriller, SyFy, Fantasy, Paranormal, and Steampunk, all by authors writing series that ranged up to more than twenty volumes each. (More on individual authors laters.)

1.  Stories, usually mystery or suspense, with the same hero/heroine & many of the same secondary characters. In each book they confront a new problem. And to keep things fresh, new characters are added as the series goes along.

2.  Book 1 of the series, usually one that emphasizes romance, concentrates on a single couple but introduces several well-drawn secondary characters. Each succeeding book in the series tells the story of the problems and romance of one of these characters. It is common for them to encounter couples from previous books as their story progresses. Yet another "draw" for faithful readers of the series.

A series of either type requires outstanding characterizations, central figures that draw you in, make you care about them. But there can be no doubt that if you keep the same main characters, book after book, you may have the ease of knowing your characters, but you also have to find ways to add new twists and fresh faces to keep interest high. The author must continually find ways to keep readers panting after what's going to happen next to people who are already familiar. Are they ever going to find happiness for themselves? Are they going to live through the series, or be killed off, as has happened in the past, to the great chagrin of thousands of devoted fans. And heaven forbid the main characters should do anything "out of character," anything contrary to behavior readers have come to know and love!

I'm inclined to think series where the main characters are spin-offs from Book 1 are easier to write. You have a head start on their characters, merely having to flesh out their descriptions, plus the opportunity to create new secondary characters and an entirely different plot from the first book, etc., etc. I have written only three series, and they are all of this second kind.

Examples of authors who have done both:  Meljean Brook, Shelley Adina, & Kady Cross.

The authors listed above are chosen from my personal reading list. There are, of course, many, many more. As previously stated, Series pay! Writing a series is definitely the way to enhance your sales.

So while I'm at it, here are my modest contributions to series writing:

Blue Moon Rising series. A planned 4-book series which I call SyFy with Romance or Futuristic Paranormal. (Although my books are not chockful of hot sex as are some Futuristics! I always emphasize character and plot instead.) Rebel Princess and Sorcerer's Bride are currently available on Amazon. The Bastard Prince will follow in mid-2017. Royal Rebellion is still a gleam in the eye. Blue Moon Rising follows the adventures of four royal children as they attempt to overthrow the traditional evil empire.

The Aphrodite Academy series. Four books which I describe as Regency Darkside. These are stories of girls whose lives were not easy, who had to suffer for their Happily Ever After. Belle, Cecilia, Holly, Juliana. Warning: these books are a frank depiction of the underbelly of Regency times.

The Regency Warrior series. This was an unintended series, but when a duchess from The Sometime Bride made an appearance in Tarleton's Wife, and Terence O'Rourke, who was destined for the hero in another book, also popped up in Tarleton's Wife, and Jack Harding simply refused to go away, I ended up - over a span of twenty years - adding O'Rourke's Heiress and Rogue's Destiny (Jack gets the girl at last!), and labeling the four books, The Regency Warrior series.

Next week's Mosaic Moments will likely be an expansion on some of the series I have known and loved. And an attempt to explain why.