Below is a link to the Citrus Singers performing the National Anthem at the Cure Bowl (Citrus Bowl, Orlando, FL) last night. As mentioned before, they are a group of 7 to c. 14 yr-olds from the greater Orlando area. My three grandgirls sing; my daughter directs.

There I am in the front row, with my choir book all scrunched up because I was being squeezed from both sides. This concert is also the reason The Welshman's Bride didn't get uploaded until Monday morning, thus messing up my blog schedule. The youngest participant in this Sunday night concert was four, the oldest over ninety. In addition to piano and organ, we had an orchestra of high school students, which included three tympani! A grand event indeed. Though after days of rehearsal and performance (about 15 numbers), I'm so exhausted I can hardly move.

I enjoy creating heroines who are less than perfect, but this time I outdid myself. If you like your heroines poised, confident, self-sacrificing, cheerful, and magnanimous in forgiveness, Jocelyn Hawley may not be the girl for you. But perhaps we should each ask ourselves how we would react, given a background similar to hers, under the circumstances she encounters when she marries a near stranger, and a "foreigner," at that. 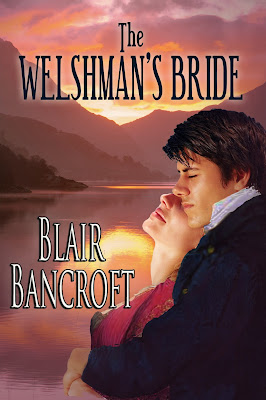 Although it seems likely she is being married for the magnificence of her dowry, Jocelyn Hawley accepts an offer of marriage from a Welshman. And quickly discovers she is as unprepared for marriage as she is for her new family—a mother-in-law who insists on living in Wales' Medieval past and a sister-in-law who seems to be trying to get rid of ehr. Jocelyn is also plagued by the problem of her husband's mistress and a series of disastrous incidents—some potentially lethal—that dog her footsteps. As she grows more alienated from her husband, who barks at her to "grow up," she finds herself the classic stranger in a strange land. Where it appears someone is trying to kill her.

Grace Note:  The Welshman's Bride is a Gothic novel in the tradition of Victoria Holt, Mary Stewart, Phyllis Whitney, and my previous Regency Gothics, Brides of Falconfell, The Mists of Moorhead Manor, and The Demons of Fenley Marsh. As has happened before, I've created a heroine who has flaws, this one more than most. I hope you'll like her anyway.

The Welshman's Bride is available on Amazon Kindle, Smashwords, and other online vendors (though it may take up to a week for uploading to other sites)

For a direct link to Amazon Kindle, click here.