While the family was having dinner at my house last night, my daughter put on a Christmas CD she and her girls made two years ago, with her husband doing the technical work. Suddenly inspired with the idea of posting her solo of "Ave Maria" to Facebook, she went home at about 10:00 p.m. and by 12:30 a.m. she had created this very special Christmas treat - "Ave Maria," accompanied by a succession of glorious sunsets (plus a sunrise, a moonrise & a rainbow). To view, click here. 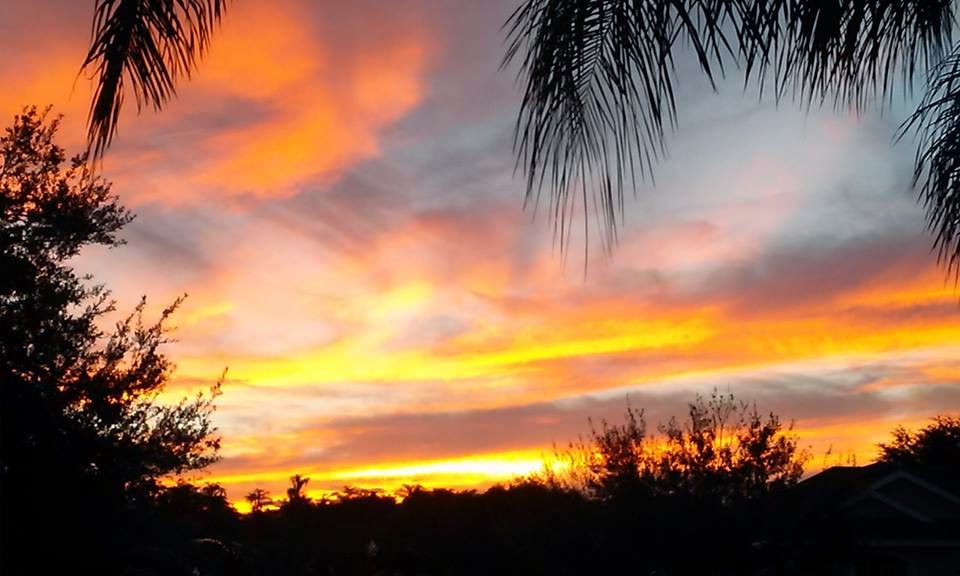 So after doing your initial research, what comes next ?

Title.
Give your book a title, even if you change it later. It's good psychology - having that title up there at the top of the page makes your effort seem more real. You're actually writing a book, not fooling around.

Names.
Before you begin, name your major characters. Hero, heroine, and at least the secondary characters in the first few chapters. It also helps to make a note of their physical descriptions and their relationship to the other characters. I personally make a formal typed Character List, scribbling in new names as I go along until it gets so messy I'm forced to type up a new clean list! Sometimes, instead of putting brief notes about physical and personality descriptions in the Character List, I type up a separate sheet for these. Attention to details like this avoids a character having dark eyes ion page 10 and blue eyes on page 250!

You might also consider making a few notes on your hero's and heroine's backgrounds - father, mother, sisters, brothers (uncles, aunts, cousins, if pertinent). If any of these people appear in the story, name them. The purpose? To fix the who, what, where, when & why of your main characters in your head, plus you won't get hung up in the middle of writing, looking for a name.

Okay, there you are, staring at the screen with no more than a Title, a page number, and a few names. What now?

I have judged 400+ writing contests over the last fifteen years or so and, believe me, I can always tell if an author knows what he/she is doing by the end of the first page. As an example: I often download four or five books at a time to my Kindle, and by the time I get ready to read the last one, I have totally forgotten why I chose it. Usually I recognize a favorite author, but on this occasion, I simply stared, frowning at the Index. Neither title nor author rang a bell, and the author was a male. Now it's not that I don't have some favorite male authors, but they're "old friends," and this one certainly wasn't one of them. So I simply punched the "Select" button and started reading.

By the end of the first three paragraphs, I had no doubt this book was something special. I flipped back to the Index and glared at it once again. Why had I chosen The Cuckoo's Calling? And who on earth was Robert Galbraith? And finally it came to me. I was reading J. K. Rowling's first adult mystery. And, believe me, the book lived up to what I saw in those first few paragraphs. So I'm telling you, frankly, it may be true a book is judged by its cover, but it is also judged by its opening paragraphs.

Quick aside: I should add that in her second mystery, The Silkworm, J. K. Rowling skewers indie authors (in a perfectly straight-faced manner) as she includes atrocious grammatical and spelling errors in the indie author's blog). And who can blame her? It's her way of saying what I've been saying on this blog since 2011. If you want anyone to take you seriously, you have to get the mechanics of your profession right!

Below are three of my favorite examples of opening lines or paragraphs:

"It wasn't every day a guy saw a headless beaver marching down the side of a road, not even in Dean Robillard's larger-than-life world."

From The Third Circle by Jane Ann Krentz:

"The heavily shadowed gallery of the museum was filled with many strange and disturbing artifacts. None of the antiquities, however, was as shocking as the woman lying in a dark pool of blood on the cold marble floor."

From Soulless by Gail Carriger:

"Miss Alexia Tarabotti was not enjoying her evening. Private balls were never more than middling amusements for spinsters, and Miss Tarabotti was not the kind of spinster who could garner even that much pleasure from the event. To put the pudding in the puff: she had retreated to the library, her favorite sanctuary in any house, only to happen upon an unexpected vampire."

A lot more to go in the Writing Workshop, but perhaps not until after Christmas. Hopefully, something holiday-ish for next week, if I ever get around to downloading my pics from the Orlando Museum of Art's Festival of Trees.