This week I am beginning a new series based on the workshop I developed not only for writers struggling to be published but for those who may have a book or two under their belt but are still polishing their skills and trying to find a way to excel. I hasten to say, I'm far from omnipotent, but hopefully there will be things in this series that will help you rise above the ordinary to write a book that meets your fondest dreams.

The full title of the original workshop, which I have presented to several RWA chapters is:

"Where do you get your ideas?"
How many times have you been asked that question? The answer is: "Everywhere."
Ideas are all around you. Personal experiences, television, newspapers, movies, people on the street, a chance remark, a character or situation in a book that sets you to asking, "What if . . .?" Or perhaps you're building a whole new world from scratch. Let's face it, if you didn't have ideas, you wouldn't be attempting to write a book. BUT developing these ideas into a 400-page book is something else again.

Fresh Twist.
So what do you do with that germ of an idea? To sell in today's tough market, give it a fresh twist, something that will keep the reader turning pages instead of groaning over yet another version of same old-same old. Be innovative, not cookie-cutter. Grab that idea - find a way to make it fresh. For example, in Grave Intentions, Lori Sjoberg makes a hero of the Grim Reaper, going on to develop other male and female reapers in her ongoing series for Kensington.

Research.
At least three-quarters of you are groaning, thinking: "But I write Contemporary . . ." Nonetheless, you have research to do. You need to find out how to make your hero and heroine, the setting, and general ambiance of your book sound authentic. Whether it's Renaissance, Regency, police procedure, arson investigation, high finance, medical, or whatever—make sure you know what you're talking about.

For example, what did I know about "the British Electoral System prior to the reforms of 1832" when I began the book now titled, A Gamble on Love? Absolutely nothing, of course. It took some heavy reading of books acquired for me by the Sarasota Library system via Interlibrary loan, but in the end I picked up some gems, tidbits that greatly enhanced the tale of a "cit" who horrifies his aristocratic bride when he runs for Parliament.

But don't panic. Research doesn't have to be all "up front." You can dredge it up as you go along. (I certainly didn't read all those heavy tomes on the British Electoral system before I began to write.) But you absolutely must have enough knowledge by the time you do your final edit so that people who are experts on your book's subject don't throw your book against the wall by the end of the first chapter.

As an example of how easy it is to slip up, no matter how careful you think you're being: when I was writing, The Harem Bride for Signet, I had the hero and heroine meet in Constantinople, at the home of the British Ambassador to the Ottoman Empire. I paused long enough to think about the problem but considered it so unlikely that I could discover the name of the actual person that I simply made up a name for this character and continued on.

But in final editing before submitting the manuscript, I scowled at the name I'd invented and decided, well maybe, after all, I should check Google. To my shock, when I entered "British Ambassador, Ottoman Empire, 1803," page after page after page came scrolling up. Oops! It seems the ambassador was Lord Elgin, famed for boxing up many of the statues on the Acropolis, even to the extent of chipping off the friezes from the Parthenon, and shipping them back to England, where, some years later, they ended up in the British Museum. (I've seen them - they have a whole hall of their own.) To this day, Greece is trying to get them back.

After I finished gulping at how close I'd come to a major faux pas, I revised not only that scene but added references to Lord Elgin's struggles in getting the British Museum to buy his marbles. Moral of this story: check your facts. Don't end up with egg on your face.


~ * ~
Below is an example of a sign by someone who should have been a bit more careful, perhaps checked with a more expert translator. (One of the Spanish comments beneath this photo on my daughter's Facebook page suggests it was English translated from German rather than from Spanish.) The instructions are for a small train on a mountaintop in Argentina. (Not that I could do any better if I had to translate English to Spanish or German, but you've got to admit it's disastrously funny, as well as making a point about being careful what you write.) 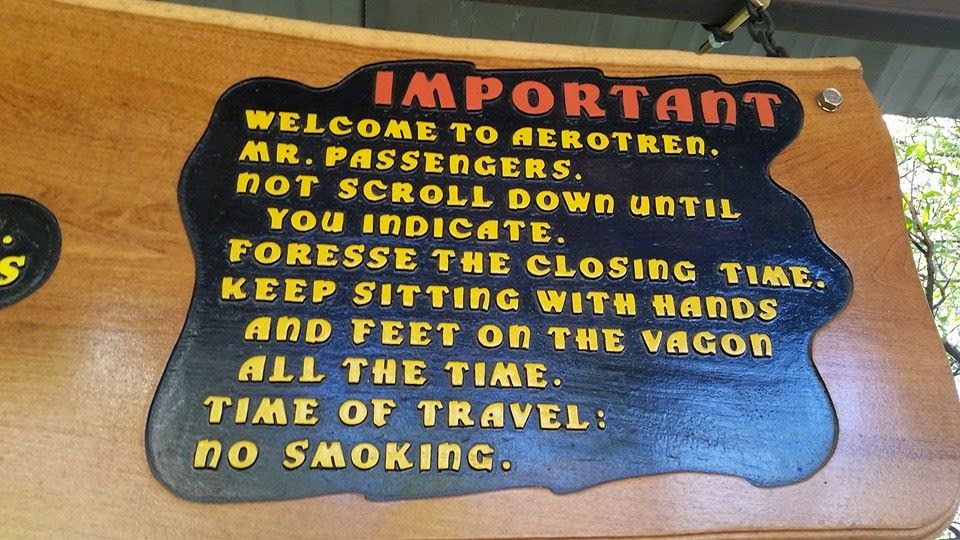 Below, a view remarkably similar to photos taken on our Caribbean cruise. The water, however - unlabeled on my daughter's Facebook post - is believed to be a lake in the lower Andes. (Mountains are a phenomenon to those who live in relentlessly flat Florida. The average height of the Central Florida Ridge, beginning around Orlando and going west for 40-50  miles, is 100 feet above sea level.) 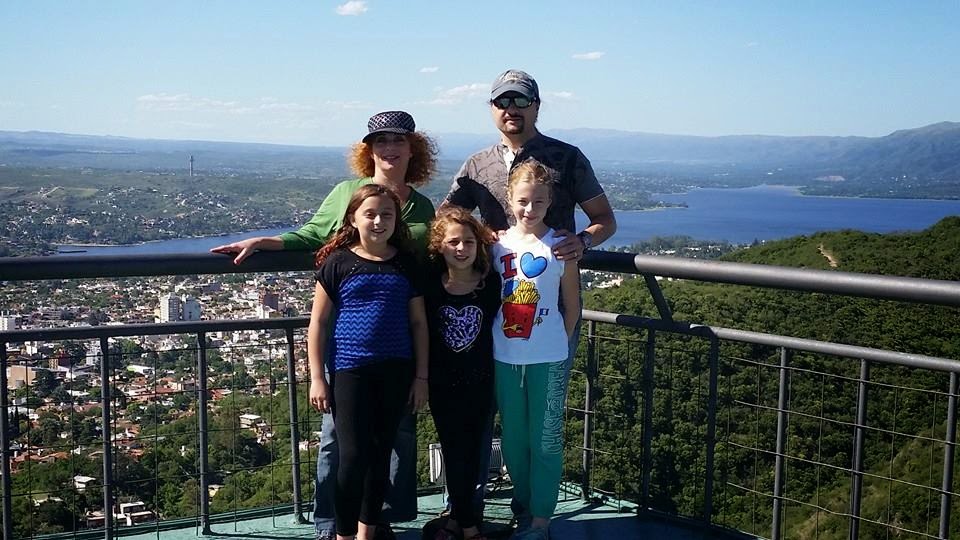 Below, a sight I was happy to see, signaling the family's arrival back in Florida.

For a brochure for Grace's editing service, Best Foot Forward, click here.
Posted by Grace at 8:54 AM