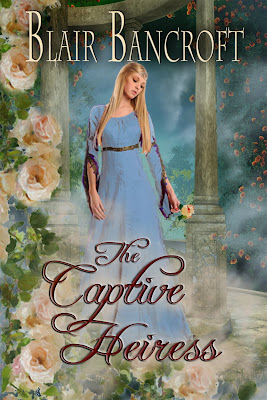 Alecyn de Beauclaire, an orphaned heiress, is taken captive at age nine by the Earl of Rocheford who wants to enjoy the income from her estates. Her first friend in the strange new world at Castle Rocheford is Ranulf Mort à Mer, a descendant of Vikings and a penniless squire with no hope of ever being able to afford a horse and armor so he can become a knight. As the years go by, their friendship is unwavering, even when tested by the preaching of monks who declare that all women are evil and should be shunned.

When Alecyn is almost fourteen (a marriageable age in Medieval times) King Henry II makes Alecyn his ward. She is thrilled because she knows the king will want to keep her money for himself and, therefore, will not marry her off for several more years. Perhaps there is still time for Ranulf to become a knight and distinguish himself in battle.

In her position as companion/entertainer to the royal children and songstress to the royal court, Alecyn learns not only the epic romance of chivalry, but the dark side of romance as she witnesses the love/hate relationship between the king and queen. Ranulf, meanwhile, learns to fight side by side with a new friend, William Marshall. But even Ranulf’s eventual elevation to knighthood is not sufficient to qualify for the hand of an heiress to four fine estates.

Until, one day, Queen Eleanor goes for a hunt on her lands in the Aquitaine, and Ranulf and his friend, William Marshall, are among her escorts. Perhaps, just perhaps, if the three young people survive captivity by Eleanor’s rebellious knights, they may have a future after all. But which young knight will King Henry choose for Alecyn?

The Captive Heiress was written as a painless way for people from nine to ninety to learn about Medieval times, particularly the tumultuous twelfth century. In addition to a look at the dramatic lives of King Henry and Eleanor, readers will catch a glimpse of the early days of their many children, including Richard and John who became famous through the Robin Hood legend. Another very important character is William Marshall, often called the greatest knight who ever lived. Please see the “Whatever Happened to . . .” section at the back of the book for the rest of the story of the many real characters in The Captive Heiress.

Warning: marriages were often contracted at birth, and girls commonly married at age fourteen, so modern sensibilities need to be set aside. This is the way it was.

My 8-year-old guest blogger - in a move reminiscent of some of her older counterparts! - has not yet finished her blog entry, so here's my latest DIY pub entry. (Some of you may remember the original, Roses in the Mist.) The Captive Heiress is available on Amazon's Kindle and in various formats on Smashwords. It should be available directly from Nook and Sony in the near future. Coming in late August: Shadowed Paradise & Paradise Burning, both contemporary romantic suspense from my backlist.

Thanks for stopping by. Hopefully, young Hailey's tale will be available soon . . .