Ganesh now has two rivals for Most Photogenic Cat.

As delicious as the two recipes below are, I fear they can't compete with this Regency dessert featured on the Facebook group, Lady Catherine's Salon.

There's actually a mold that turns out like that???

As regular readers of this blog know, I am a recipe addict, and even though I'd sworn never to buy another cookbook . . . I fell off the wagon with two new ones recently, both from Better Homes and Gardens:  Fast & Fresh and Veggie-Full. And, sure enough, the first two recipes I tried proved worthy of passing along, though I had to play with the chicken recipe a bit.

What makes these recipes special? The taste of each is unique enough to be called "gourmet," without the hours of work that usually go into that sort of thing. Give them a try - and enjoy!

Grace note:  an online search told me that no grocery store in my area carried "button" mushrooms. When I did an in-store search, I discovered portabellas specfically marked "for stuffing" (6 to a package), even though they were not quite as large as I would have liked." A second store carried similar portabellas and what appeared to be even larger "stuffable" cremini mushrooms So it's safe to say you should be able to find mushrooms suitable for stuffing. 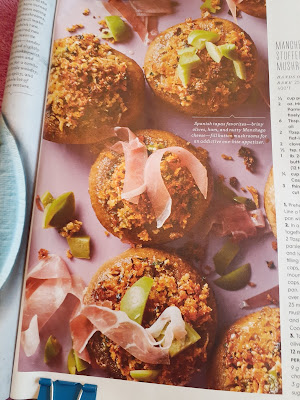 2. In a small bowl stir together panko, cheese, 2 TBsp olive oil, parsley, garlic, paprika, and ¼ tsp salt. Spoon filling into mushroom caps, pressing it in and mounding for very full caps. Arrange in prepared pan. Drizzle 4 TBsp oil over mushrooms. Bake 25 min. or until mushrooms are tender and filling is golden. Cool slightly.

3. To serve, top with olives and ham.

Grace Note:  The photo below is for the original recipe that used roast chicken from the Deli. Since I've found these usually contain preservatives to which I'm allergic, I adapted the recipe for uncooked chicken breasts. Oddly enough, the cooking instructions are nearly the same. The differences:  slicing the raw chicken before cooking and the very different look of the end result (in the photo, the slices are clearly made after cooking).

Special note:  the sauce can be prepared well ahead, the veggies cut up early as well, making this a meal assembled in minutes when it's time to eat. (I was still using the truly fabulous sauce four days after I made it.) 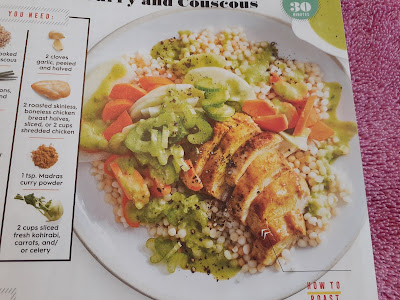 1. Cook couscous according to package directions.

3. In a plastic baggie, toss chicken slices with curry powder.

6. To serve, top couscous with chicken & veggies (& herbs, if available)

Leftovers. Slice chicken thin. Use with drizzled sauce & veggies in a sandwich. (Add a layer of mayo or Miracle Whip to the bread, if desired.) 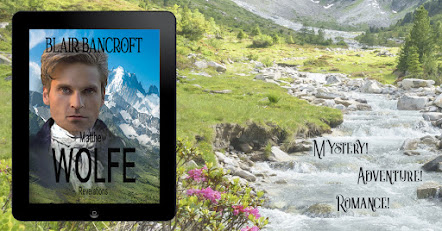