And for something even odder than the names above - our Hailey playing Powder Puff football at Lake Mary High, with the boys' football team acting as cheerleaders.

For a video of girls playing football (American style, but no tackle), including actually completing a couple of passes, click here.

Grace note:  I've been saving the article below for when we were most in need of a smile, and these dark days seem to be it . . .

From the front page of the Sports section of the Sunday Orlando Sentinel, November 22, 2020 (columnist - Mike Bianchi):

If only Exploria Stadium could have been filled to the rim with chanting, cheering supporters in order to give thousands more of our city's long-suffering sports fans the opportunity to witness the greatest moment in Orlando City [soccer team] history.

That is the only regret of this historic, euphoric day in Central Florida when Orlando City played, hosted and won its first playoff game in the most dramatic, ecstatic, amazing, hair-raising, heart-stopping, champagne-popping manner you can possibly imagine.

How does this even happen? How does Orlando City break a 1-1 draw and win on penalty kicks with a substitute, fill-in goalkeeper who hasn't played the position since he was a kid out on the soccer sandlots in his native Argentina?

Can you believe it?
Can you conceive it?
What a team.
What a coach.
What a game.
What a magical moments in time.

So, what caused Mr. Bianchi's euphoria? It seems the game was tied in Overtime, the Orlando goalkeeper ejected on a penalty. The referee declared that substitutes were not allowed, and there was Orlando City facing a penalty kick with no goalie. So one of the team on the field, who had played goalie only as a child, volunteered. And saved the day, Orlando later winning on a penalty kick in a second Overtime period. 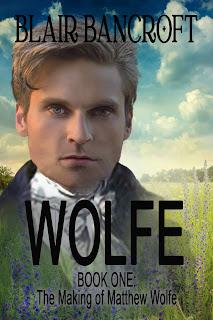 I just finished Chapter 5 of the next installment in the Matthew Wolfe series, tentatively titled, Matthew Wolfe—the Adventures Begins. I invite you to check out our young hero (who is rapidly growing up) with a 20% free read on Smashwords, so you'll be ready for what comes next.

For a link to Matthew Wolfe on Smashwords, click here.

For a link to Matthew Wolfe on Amazon,  click here.

You will also find background details on the Who, What, Where, When, & Why of Matthew Wolfe on my Facebook Author Page.