I have tried to come to terms with being "branded" as a Regency author, but sometimes it's downright frustrating. Yes, I love writing Regency-set stories, but I require variety in my writing challenges and I wish - really wish - I could find readers as devoted to my contemporary Mystery/Suspense/Thrillers as my Regency fans are to my books set in the Napoleonic era.

So today I'm doing some blatant promo for my three Thrillers. One is set in the not-so-fictional town of Golden Beach, Florida, where I lived for twenty-five years. The second is set mostly in the Northeast, where I used to live, and the third is set in the Orlando area, where I now live. The books were written many years apart, yet, oddly enough, two of them feature amnesiac heroes. How that happened I really don't know.

Perhaps the problem with Thrillers is that most of my readers are looking more for romance than for action. And while all three books have strong romantic elements, the action dominates. Hmm - any guys out there willing to read books with a female heroine? [And yet my Regency Gothics (read Suspense) are outselling all my other books put together. Sigh. So who knows?]

In any event, I truly enjoyed writing the books featured below - both the research, which included 10,000 miles in the USSR back in the days of the Cold War (Limbo Man), and what seemed like endless volumes on Interpol, its history and its cases (Orange Blossoms & Mayhem).

In addition, at the time I wrote Orange Blossoms, the fact the U.S. Army Corps of Engineers was digging up WWII explosive devices from the yards of expensive homes and an elementary school in my area was a near-daily topic on the local news. I was also receiving updates from the Corps in the mail - and even attended one "town meeting" on the various excavations - since my own house is situated on the outer fringes of the old Pine Castle Bombing Range near what is now Orlando International Airport!

In contrast, research for Florida Wild was a breeze. Although I'm still gnashing my teeth that some entrepreneur decided to build a "London Eye"-type ride just off I-4, only months after I created one for my book. (Mine was out in the boonies, designed for a view of the "real" Florida, not what's called "the Tourist Corridor." FYI, the actual Orlando Eye is still under construction.)

For Orlando-area residents, Florida Wild is almost totally set in Central Florida, while Limbo Man has two major scenes in Orlando, one the climactic "chase" scene.

So here they are - Blair's three thrillers. Orange Blossoms & Mayhem and Limbo Man are available from Amazon, B&N, and Smashwords. Florida Wild, published by Ellora's Cave Blush, is available through EC and most online vendors. 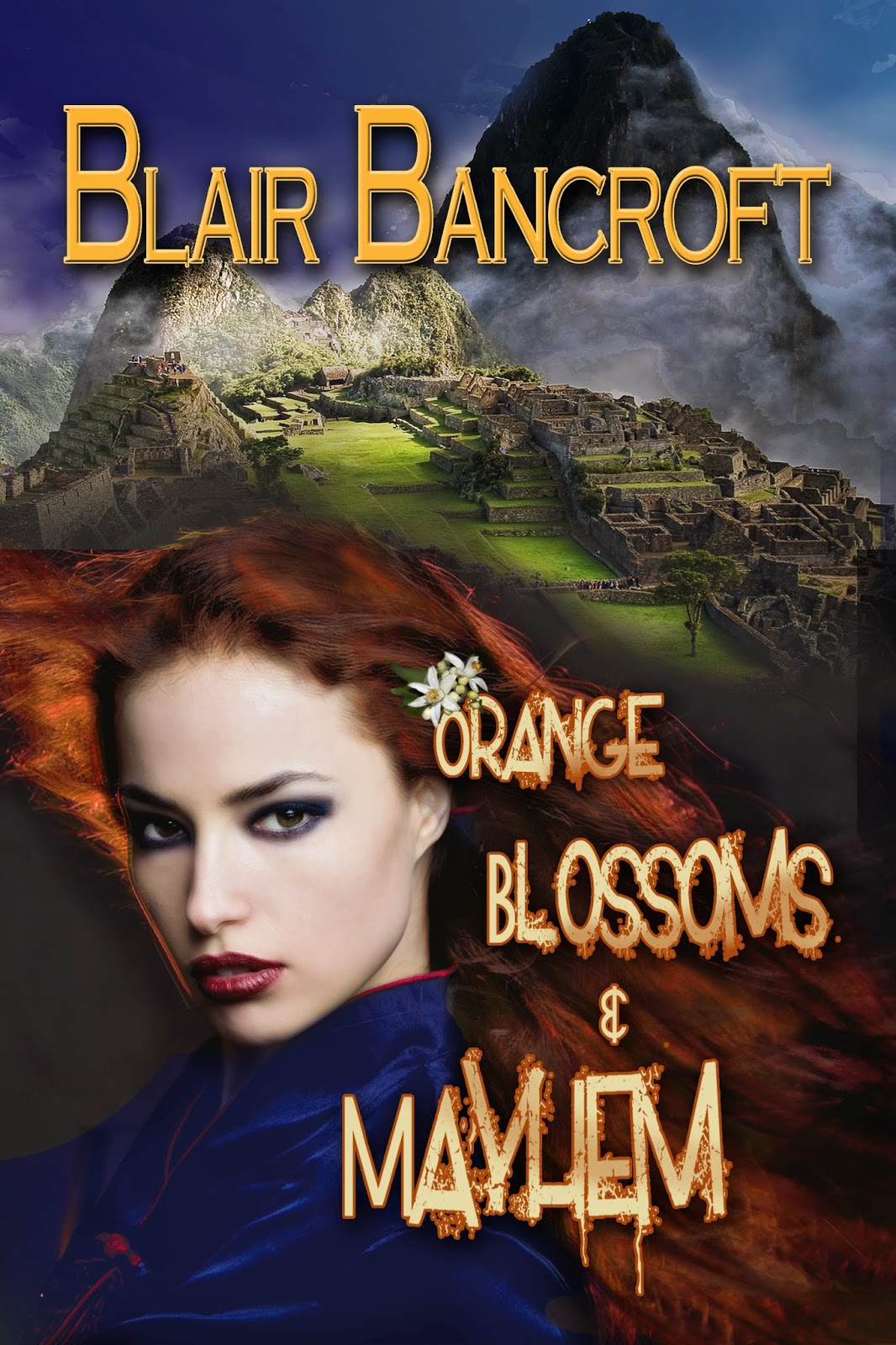 Want to get married in a hot air balloon?  Have the bride step out of a Fabergé egg?  Just call Fantascapes, the Halliday family business (ironically based in a sleepy Florida resort and retirement community). Fantascapes is also the right number for hiking the Inca Trail*, a chalet in Switzerland, or a luxury journey to Angkor Wat.

Trouble in Fantasyland?  It’s Laine Halliday—well-dressed, well-toned, a sharpshooter in every sense of the word—to the rescue.  But are fantasy weddings and vacations for the pampered rich enough to satisfy her?

Laine’s options expand when bullets fly after she meets a mystery man on the Inca Trail, and she begins to fear there may be more to that Fabergé egg project than meets the eye. Amid the color and frantic pace of a luxury business, Laine finds herself involved in Russian mob warfare and law enforcement activity that ranges from the local SWAT team to Interpol. Can a wedding planner from Golden Beach, Florida, survive an encounter with the mob and juggle the two men in her life, as well as her job with Fantascapes and an offer from Interpol? Never fear, Laine Halliday is the kind of heroine who may be able to do it all.

*Oddly enough, I may share responsibility (with Yale anthropologist Mike Coe) for starting the fad for hiking the Inca Trail. On a Yale tour "way back when," Mike and I found the trail high above Machu Picchu that the Incas used to enter the town from other villages along the trail. (As opposed to the present entrance which is from the base of the ancient site.) When we mentioned our find at dinner that night, I saw the travel agent who was accompanying us prick up his ears. And, sure enough, only a year later, he led the first expedition along the trail that rapidly became a worldwide hiking phenomenon.

I'm planning on a second book in this series, but so far it's taking a back seat to books that make me more money. The cousin of the Orange Blossoms heroine is, however, featured in Florida Wild, as is her oldest brother. 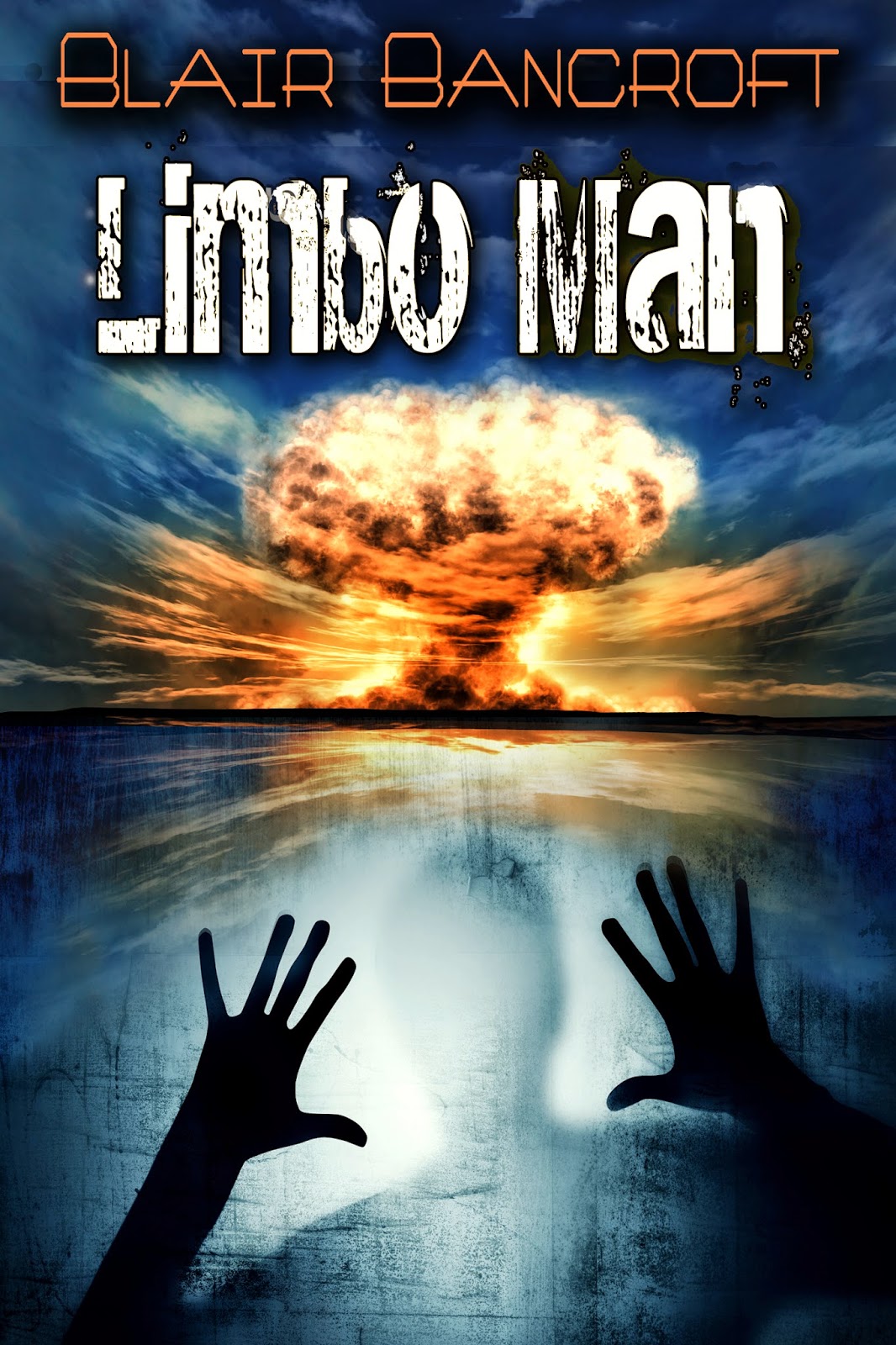 FBI Special Agent Vee Frost does not care for Homeland Security's list of job qualifications when they ask to borrow her services. "An experienced agent with a proven track record" is good. "Fluent in Russian" hints of an assignment which is close to her heart. But "Attractive female, under thirty-five" sends up red flags. Obviously DHS is asking for services above and beyond the call of duty. But a loan to Homeland Security would look great on her resumé, and it sounds as if they really need her . . .

But when Vee agrees to turn on the charm for Sergei Tokarev, an amnesiac Russian arms dealer with an agenda as hidden as the contents of his past, she never anticipates a chase after two nuclear bombs that will have her hopping around the world from from Connecticut to Colorado, New Jersey, Florida, Siberia, and Iran.And no matter how strong a bond she and Sergei forge, it seems doubtful either will live long enough for a happy ending. 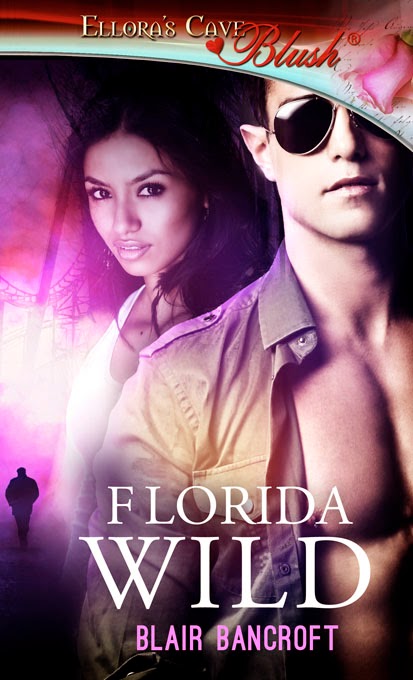 Cass Wilder is looking for excitement, both on the job and in her personal life—a wish that is more than fulfilled when she saves a child at a theme park and is plunged into international intrigue, her sole companion a man whose motives might be questionable.

When Michael Dillon, a here-today, gone-tomorrow government agent, is forced to turn to a fledgling PI for help in a chase that takes them deep into the Florida backwoods, he not only regains his kidnapped sister, but loses his heart.