It seemed time to update my book inventory over the Memorial Day weekend and, frankly, the number of additions surprised me. I would have sworn I was mostly uploading backlist to indie pub, but I guess I've sneaked in a few new ones here and there. For this blog series, I thought it might be fun to go all the way back to the beginning and see if I could challenge myself to come up with fresh log-lines without looking at the originals. Unlikely, but I'm going to try. With emphasis on cryptic, humorous, intriguing, atypical . . .

LATER: I actually did it, which surprised me as some of these books go back more than a decade.

A waif who won't talk until challenged by a Regency version of a vet with PTSD. (The closest I've come to writing soap opera.)

A young heiress hires a solicitor to find her a husband and gets much more than she bargained for, including a somewhat hilarious political election.

Two love stories for the price of one. A duke and a war widow, plus the unlikely combination of the duke's daughter and widow's brother. And mustn't forget the secret baby!

Not your classic duke marrying down but an engineer marrying up. Though he finds it difficult to conduct any kind of romance around a series of kooky characters, not to mention two sickrooms and possible murder. Even if he, the lowly engineer, does hold Power of Attorney for an earl. (My editor described this as her first "Regency Mystery.")

Trials, tribulations, terror, kidnapping, misunderstandings. The heroic sacrifice of young man to rescue a girl from the Topkapi harem. And the long recovery from the drama that singes their youth. Plus Lord Elgin and his marbles. 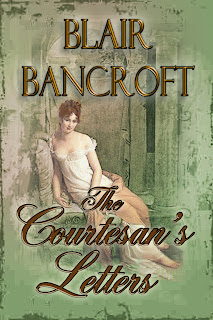 This one gets a special place. Originally published under a contrived name I won't mention here because Signet's marketing department felt that "courtesan" wouldn't play in the "heartland." It did, however, receive the Best Regency of the Year award from Romantic Times magazine and was nominated for a RITA. After getting my rights back, I re-published it under its original title. The setting includes a number of different places in England, including Oxford, Bath, and Stonehenge.

Log line:
The very proper headmistress of a girls' academy in Boston travels to England shortly after the War of 1812 to settle the estate of her grandmother, never dreaming that grandma was a well-known courtesan. In the course of settling her grandmother's many requests, she discovers that not all Brits are the enemy.

Two very young people make a marriage of convenience for which the bride does most of the suffering. The extremes she goes to to capture her husband's attention come close to killing her.

My paen to the engineers who built England's incredible waterways and to the volunteers who restored the system for modern boating enjoyment.

The daughter of the architect/engineer of the Kennet & Avon canal sets her sights far above her - all the way to a young marquess she first meets at age twelve.

A young lady, in hiding after humiliating herself at a dance, meets a young gentleman trying to recover from years of war. Fortunately, there's mistletoe at hand. (A Christmas novella)

A young lady in the midst of a glorious Season suffers one unhappy surprise after the other until, at long last, she is able to cope with her sorrow and offer the husband in her cold marriage of convenience one last surprise. (A Christmas novella)