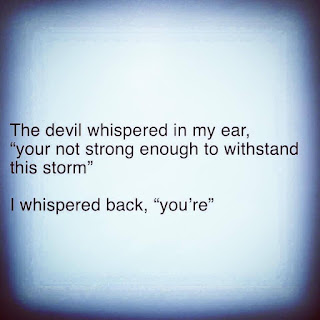 Again, my apologies for changing the announced topic - more on Secondary Characters next week - but two things came up that took precedence: the publication of my first "boxed set" and—Wow!—I finally tamed Track Changes in Word 2016. I felt the Track Changes miracle (after two years of off-again, on-again struggles) was well worth shoving everything else aside, so I could reveal my breakthrough.

It's possible I'm the only dinosaur out there, that everyone thinks the Word 2016 version of Track Changes is just wonderful . . . but I hated it so much—finding it not only difficult to work with but impossible to decipher in a welter of strikeouts & keeping deletions on the same line with additions—that I simply threw up my hands and continued to edit in an older version of Word.

But what were my editing clients seeing when I sent the manuscript back? Were they getting the clean lines of the old version of Track Changes, or were they getting the jumbled-up mess with strikeouts? So this week I sat down yet again, determined to figure out how to clean up the edits in Word 2016. Below is what I finally discovered, and if you hate strikeouts as much as I do, you can make these changes and find it much easier to distinguish what was deleted from the original and what was added by the editor. This, of course, is a matter of personal choice, but for those who are like-minded . . .

Here is what I wrote for my own information, as well as to send to my clients when I return a manuscript: (Please pardon the repetition from the paragraphs above.)

Revising the Look of Track Changes in Word 2016 -


Call me a dinosaur, but for two years after I bought a new computer with Word 2016, I was so appalled by what I saw when I tried to use Track Changes that I continued to do all my editing* in an earlier version of Word. (I kept my old Word program, as all my downloads to Amazon were there, and I didn’t want to take a chance on losing them.)

But this week, after several previous attempts, I figured out how to keep an edited manuscript from looking like an unintelligible bunch of chicken tracks (inline strikeouts of deleted material littering the page instead of popping neatly into an on-the-right “editing” column, along with editor’s Comments). The old way worked. The new Track Changes was a total mish-mash.

*(Grace note): I am referring to the editing work I do on other authors’ manuscripts, not self-editing. But, if you would like to view what your editor says with the clarity of the old Track Changes, here’s the way to do it. (If you like strikeouts, lack of color, and general confusion, well, you can skip the following.)


After much grinding of teeth and trial and error, by George, I think I’ve got it!  Here’s what I recorded for myself and for those who might be interested:

2.  Except WAIT - there is NO place in the Review Menu to make these changes. (That I had already discovered.)  But . . .

3. In the SEARCH bar ("Tell me what you want to do"), type: Track Changes Options

4.  Change the Balloons line to “Revisions”

If you’re lucky, you will find you have converted Track Changes to the cleaner, more legible style in the older versions of TC. (Microsoft made these menus extremely hard to find, but they are still there.)

Please note:
The above directions are what I wrote for myself. Although I do not use the Reviewing Pane when editing, but you may find it helpful when viewing what your editor said. That’s personal choice. I prefer the old way of Deletions and Comments in a single column on the right.

Hopefully, these instructions will help. (Your Comments welcome.) 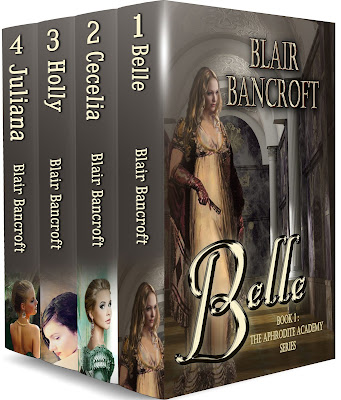 Stories from the Regency Darkside. The Aphrodite Academy series features four young women who desperately need second chances. Belle, Cecilia, Holly, and Juliana come from varying backgrounds, but all have one thing in common: life has not been kind. The language of the books is frank and saucy, but the stories are driven by character and plot, not sexual content. If you would like a peek at the other side of sweetness and light while still having confidence in a Happily Ever After ending, these might be the Regency romances for you.

After her father offers her as a gaming prize, Lady Arabella Pierrepont runs away. She is aided by one of the gamesters, who takes her to the Aphrodite Academy, an all-female establishment where young women are trained in academic and—ah—other subjects. There, Belle is given three choices: the respectable but dull life of a companion, a marriage well below her station, or training for the life of a courtesan. Unfortunately, none of her choices include her savior, Gabriel, Viscount Ashford.

Cecilia Lily’s greatest desire is to become the mistress of a titled gentleman. But when the Marquess of Longmere becomes her protector, she learns the truth of the old adage, “Be careful what you wish for.” Yet even after suffering a severe beating, Cecilia finds it difficult to adjust her rigidly formed views of class when help comes in the form of the alleged lord of London’s Underworld. No matter what Nicholas Black offers, she cannot see past his guttersnipe origins. Cecilia has many realities to face before her world comes right.

Holly Hammond, an independent, sharp-tongued former tavern wench, has reached the pinnacle of her ambition, flying high as a sparkling London courtesan—until she finds herself out on the street, pregnant with twins. But Holly, a graduate of the Aphrodite Academy, is not alone. Out of the blue, she receives an offer of marriage from merchant captain Royce Kincade, who snatches at the bribe offered—his very own ship—without considering his bride’s determined independence, her babies’ natural father, or the possible outrage of his relatives. Not surprisingly, Happily Ever After teeters on the brink of extinction.

Juliana, Baroness Rivenhall, is headmistress of The Aphrodite Academy. Once an innocent bride, she married a charming, insouciant gentleman who promptly taught her aspects of love not generally practiced in Regency bedchambers. Even going so far as to include Darius Wolfe, his man of business, in a ménage à trois. With Darius Juliana learns the true meaning of love. But when her husband is killed in a duel and she is free at last, she is so horrified by events endured during her marriage that she turns from Darius, setting up the Aphrodite Academy to help other young women who have found themselves in dire situations. Six years go by before Juliana’s friends band together to push her toward the happy ending she has provided for so many others.

For a link to The Aphrodite Academy, click here.

More on The Aphrodite Academy on my updated Facebook Author Page. See link below.